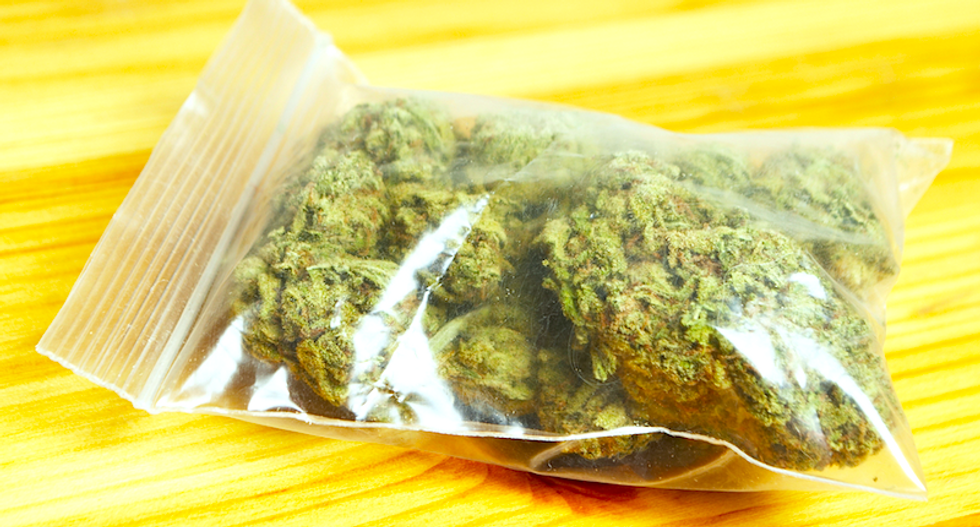 Two marijuana advocacy groups on Wednesday are set to submit proposed ballot initiatives that would allow Massachusetts voters to decide whether to legalize recreational pot smoking in the state.

The initiatives could become part of a wave of similar measures put before voters in a half-dozen U.S. states in 2016 as pro-marijuana groups follow a strategy that has already legalized the drug in four states plus the District of Columbia.

The proposals from the Campaign to Regulate Marijuana Like Alcohol and the Bay State Repeal say legalizing the drug in Massachusetts would bow to the reality that marijuana use is widespread in the United States. They say legalization would make it easier to regulate its sale and prevent people under 21 years of age from obtaining it.

"The primary objective of this initiative is to actually start controlling marijuana in Massachusetts," said Will Luzier, director of the Campaign to Regulate Marijuana Like Alcohol, which is backed by the cannabis-industry-supported Marijuana Policy Project. "Marijuana should be produced and sold by legitimate, taxpaying businesses, not gangs and cartels."

The initiatives will be reviewed by the state attorney general's office and, if deemed constitutional, backers will then need to collect signatures from more than 64,000 voters who approve the ballot measure.

Attitudes about marijuana in the United States have changed markedly over the past few years, with voters in Colorado and Oregon voting to legalize its recreational use in 2012. Since then, voters in Washington, Alaska and the District of Columbia have followed suit.

Some 53 percent of Massachusetts voters told a Suffolk University/Boston Herald poll in February that they favored legalizing the drug, with 37 percent opposing.

The initiatives will face opposition from senior Massachusetts elected officials, including Boston Mayor Marty Walsh, a Democrat, and Governor Charlie Baker, a Republican.

"I've seen too many lives ruined by starting to smoke weed and then, eventually, going to other types of drugs," Walsh, a recovering alcoholic, told the Boston Globe in May.

The two Massachusetts groups offer different proposals, with the Campaign proposing a 3.75 percent excise tax, optional local taxes and the creation of a new state commission to regulate marijuana, a maneuver that advocates said is intended to win the support of voters who are on the fence about legalization.

The Bay State Repeal group, which plans to submit three separate versions of its initiative, proposes no additional taxes on the drug, which it said should be treated like any other consumer product that is sold only to adults of 21 years or older.

"We're about liberty and keeping it away from kids," said Steven Epstein, one of the leaders of the Bay State group.

Nationally, voter initiatives that include taxes on the drug and direct some of the money for social services spending have done better with voters, said Allen St. Pierre, executive director of marijuana-advocacy group NORML. That is a change since a 2010 ballot initiative in California that failed, he said.

"What we learned was we hadn't incentivized this enough for middle class citizens to buy into it," St. Pierre said.