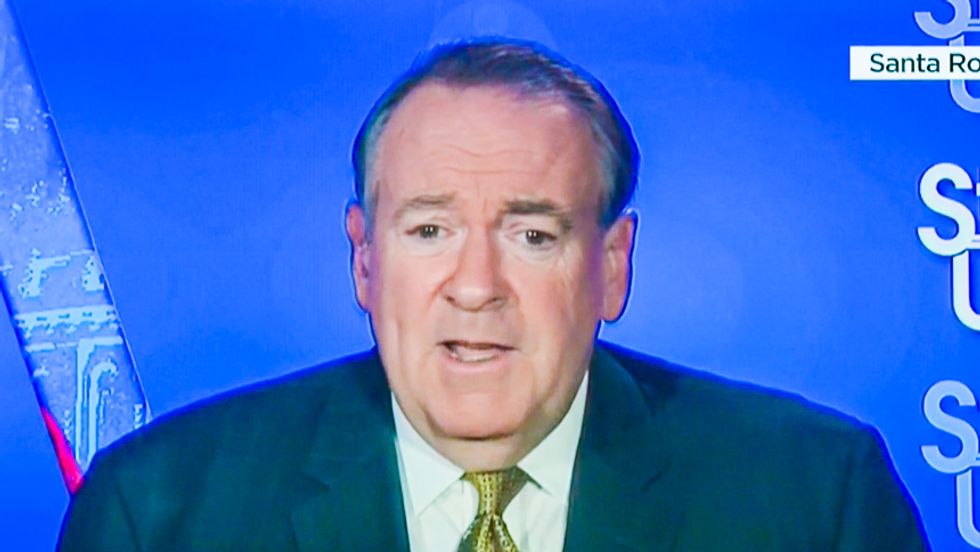 Republican presidential candidate Mike Huckabee argued over the weekend that a 10-year-old girl should have been forced to carry her pregnancy to term after she was raped.

During an interview on Sunday, CNN host Dana Bash asked the GOP candidate if he would refuse an abortion to a 10-year-old girl in Paraguay, who was allegedly raped by her stepfather.

"Creating one problem that is horrible -- let nobody be misled, a 10-year-old girl being raped is horrible -- but does it solve a problem by taking the life of an innocent child?" Huckabee said. "And that's really the issue."

The former Arkansas governor recalled that he had known a man who was born as the result of a rape after doctors in Texas refused to give his mother an abortion.

"Today, his organization feeds, cares for and brings living capacity for water to hundreds of thousands of people across the world," Huckabee noted. "That would never have happened... So when I think about one horror, I also think about the possibilities."

He agreed that it wouldn't be "easy" to force a 10-year-old girl to carry her rapist's baby, "but let's not compound the tragedy by taking yet another life."

"When an abortion happens, there are two victims," he insisted. "One is the child, the other is that birth mother, who often will go through extraordinary guilt years later when she begins to think through what happened, with the baby, with her."

"There are no easy answers here," Huckabee opined. "And I realize that there are some people that will be very different in their view of this than me. And I respect that. I don't want to get into a shouting match with people who think I'm wrong. I respect that."

"I just come down on the side that every life is precious. I don't think we discount the intrinsic worth of any human being, and I don't know where else to go with it."