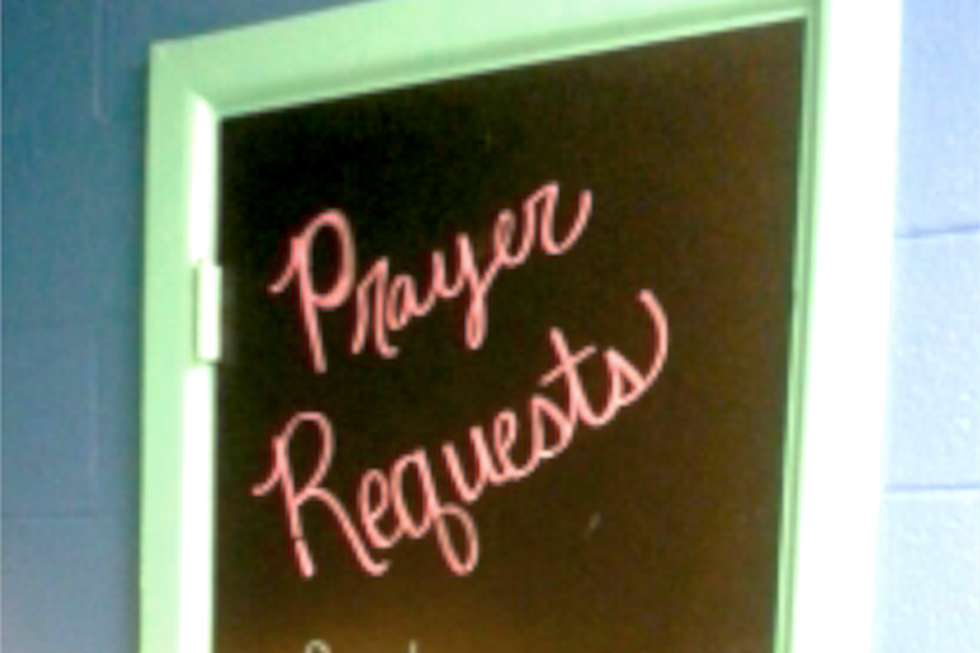 An eighth grade math teacher at Oak Grove Middle School in Purvis, Mississippi has refused to take down a board for "prayer requests" in her classroom in spite of a parent's complaint.

According to a Monday press release, the American Humanist Association is now intervening on the parent's behalf.

The AHA's Appignani Humanist Legal Center sent a letter to the Lamar County School District about the board and is awaiting the district's response.

The board went up at the beginning of the 2015 to 2016 school year. When a student snapped a cell phone photo of the display, teacher Randi Rogers confronted the child, accusing the student of disrespecting her Christian faith.

“Students have to right to learn free from bullying by teachers with religious agendas,” said AHA executive director Roy Speckhardt. “A teacher who insists upon endorsing prayer in class is disrespecting her nonreligious students and students of minority faiths.”

According to the AHA letter, Rogers has refused to take down the board, saying that even if she is forced to remove the word "prayer" from it, she will continue to display the names of students for whom she is praying.

Rogers reportedly told the student who snapped the photo that if she objected to the prayer board, she could sit further away from it.

"The teacher’s actions in displaying the 'Prayer Requests' board, which she seems to

acknowledge is illegal, and her insistence on continuing to take prayer requests and keep the board up (even if she must remove the word 'prayer') violates the Establishment Clause of the First Amendment," the letter said.

“Numerous cases affirm that public school teachers who pray or promote prayer in class are violating the Establishment Clause of the First Amendment,” said Monica Miller, an attorney with the Appignani Humanist Legal Center. “This instance is particularly egregious because the teacher seems to realize that her actions are illegal, but she insists upon displaying the prayer board and taking prayer requests.”

The agency asked that the board be taken down and further asked for written assurances from the Lamar County School District that there will be "no other unmarked place in the room understood to list prayer requests and that teachers will not use their classrooms to take prayer requests or otherwise advance religion."