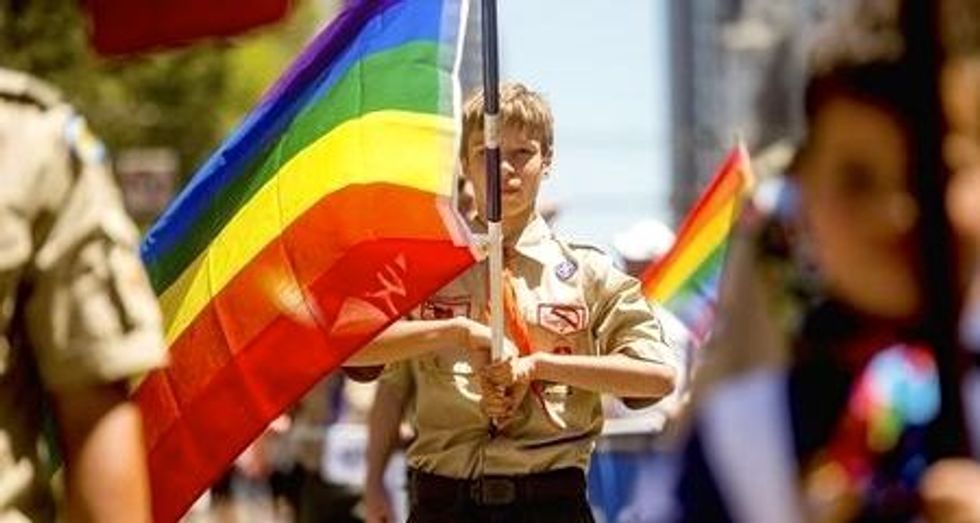 The Mormon Church said on Wednesday it will keep its close ties with Boy Scouts of America, ending speculation of a split after the organization lifted a ban last month on adult leaders and employees who are openly gay.

The Church of Jesus Christ of Latter-day Saints, which is the largest sponsor of Boy Scout units, had said it was "deeply troubled" by the move, and that the long association between scouting and the Utah-based faith would need to be examined.

In a statement, its two top governing bodies said the church appreciates the positive contributions the Boy Scouts have made over the years to thousands of its young Mormon men and boys, and to thousands of other youth nationwide.

"As leaders of the church, we want the Boy Scouts of America to succeed in its historic mission to instill leadership skills and high moral standards in youth of all faiths and circumstances," the statement said.

In the resolution adopted on July 27, "and in subsequent verbal assurances to us," the church said the Boy Scouts organization had reiterated that it expects those who sponsor Scout units to pick leaders according to their religious and moral values.

"At this time, the Church of Jesus Christ of Latter-day Saints will go forward as a chartering organization of BSA, and as in the past, will appoint Scout leaders and volunteers who uphold and exemplify church doctrine, values, and standards," the statement said.

Last month's move by Boy Scouts of America comes three years after the organization removed its prohibition on gay youth.

It was widely seen as being aimed at quelling a backlash amid declining membership and the threat of litigation, while addressing concerns of religious institutions that account for about 70 percent of the 100,000-plus Boy Scout units nationwide.