Mother of dragons: Woman vows to raise daughters 'to think they can breathe fire' after Duggars scandal 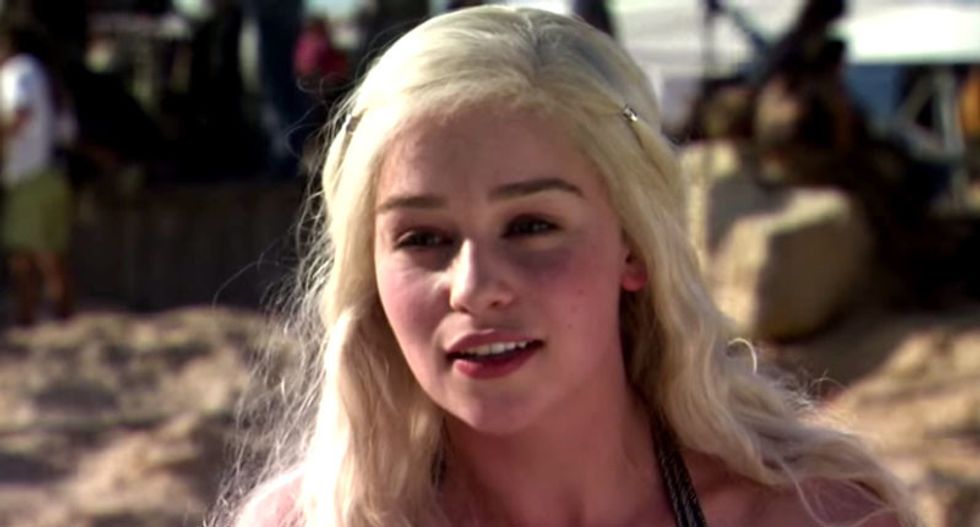 A Virginia woman has gained thousands of followers and supporters after her post expressing sympathy for Anna Duggar was shared more than 235,000 times on Facebook, WXIA-TV reported.

"Please, instill your daughters with the resolve to make a man cower if he must," Jessica Kirkland wrote. "To say 'I don't deserve this, and my children don't deserve this.' I wish someone had ever, just once, told Anna she was capable of this. That she knew she is. As for my girls, I'll raise them to think they breathe fire."

Kirkland's remarks spawned the tag #BreatheFire since being posted online on Friday, and have also been referenced on Twitter in a meme featuring the end of the piece with a picture of Daenerys Targaryen, the "Mother of Dragons" in Game of Thrones:

Kirkland told WXIA that she "couldn't stop thinking about Anna" after her husband, Josh, confirmed that, besides paying for two accounts on the infidelity website Ashley Madison, he operated a fake Facebook profile for the purpose of meeting women outside of their marriage.

"Anna Duggar is in the worst position she could possibly be in right now," Kirkland wrote. "Anna Duggar was crippled by her parents by receiving no education, having no work experience (or life experience, for that matter) and then was shackled to this loser because his family was famous in their religious circle. Anna Duggar was taught that her sole purpose in life, the most meaningful thing she could do, was to be chaste and proper, a devout wife, and a mother."

Daniel Keller, Anna's brother, has said that she intends to stay with her husband. Kirkland said in her post that Anna is praying for the strength "to lower herself so that [Josh] may rise up on her back," an idea that she said "made her ill."

"Parents, WE MUST DO BETTER BY OUR DAUGHTERS. Boys, men, are born with power. Girls have to command it for themselves," she wrote. "They aren't given it. They assume it and take it. But you have to teach them to do it, that they can do it. We HAVE to teach our daughters that they are not beholden to men like this."