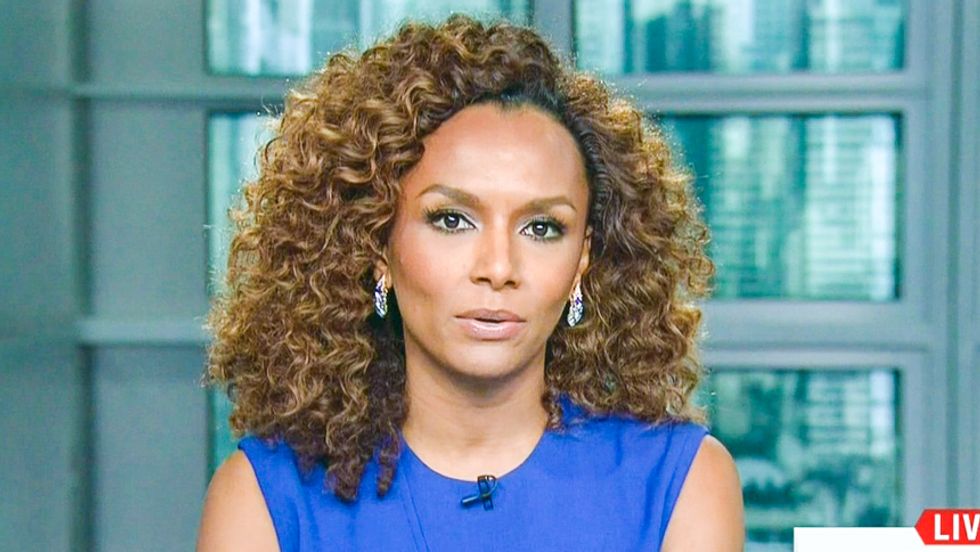 During a recent interview with CNN's Wolf Blitzer, Huckabee had said that King would have been "appalled" by the "Black Lives Matter" movement because activists were "elevating some lives above others."

"The message from BLM is that black people don't have the power to stop the violence against them from agents of the state," she pointed out. "It's why they are appealing to people like you, people vying to represent the state."

"Offering 'all lives matter' in response to the assertion that 'black lives matter' diminishes the black lives that have an continue to be lost, and you should know that by now," Mock insisted.

She argued that Huckabee had "misrepresented" King in an attempt "to silence the very people and ideas that he fought to protect and died to protect."

"Because, yes, Martin Luther King Jr. was appalled by the notion that we are elevating some lives above others," Mock said. "But you're a little confused about the 'we' he was talking about."

"He was delivering a damning indictment against the United States government for it's failure to secure for black people basic civil rights that relegated not only their citizenship, but their humanity to second class citizen status," she continued. "When King watch [the Watts riots in Los Angeles] burn with fire and the indignation of black rage as we have seen in Ferguson and Baltimore in recent months, he saw in it not the wanton violence of looters and rioters, but a response to the systematic violence of institutional racism."

Mock recalled that King had explained the Watts riots by saying that "rage replaces reason."

"Did you get that governor?" Mock asked of Huckabee. "Because as long as you continue with your unsophisticated manipulation of King's message, and as long as you and other candidates continue your rock-like resistance to the message of the movement, that is as long as you can expect to keep hearing those urgent screams of rage that 'black lives matter.'"