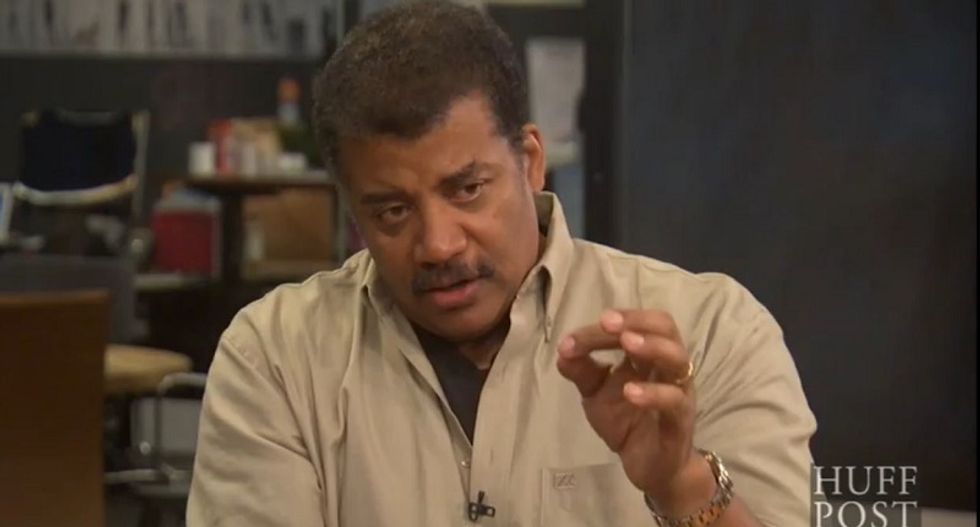 The idea of falling into a black hole may not sound very funny, but if you've got an astrophysicist's sense of humor it's hilarious.

Neil DeGrasse Tyson, astrophysicist and director of the Hayden Planetarium in New York, said if a person fell into a black hole, they'd die from a process that scientists have thought about enough to name: "spaghettification."

Tyson told HuffPost Live that "if you knew you had to die, that's the way to die," calling it "morbidly funny."

What would happen in such an admittedly unlikely event is, you'd get stretch out and squeezed, like toothpaste out of a tube, Tyson told HuffPo.

"The gravity stretches you," he said. Eventually you'd snap in two, then four, then eight pieces, and so on. Because space funnels down to a point, "you are stretched head-to-toe and squeezed much the way tooth paste comes out through a tube."