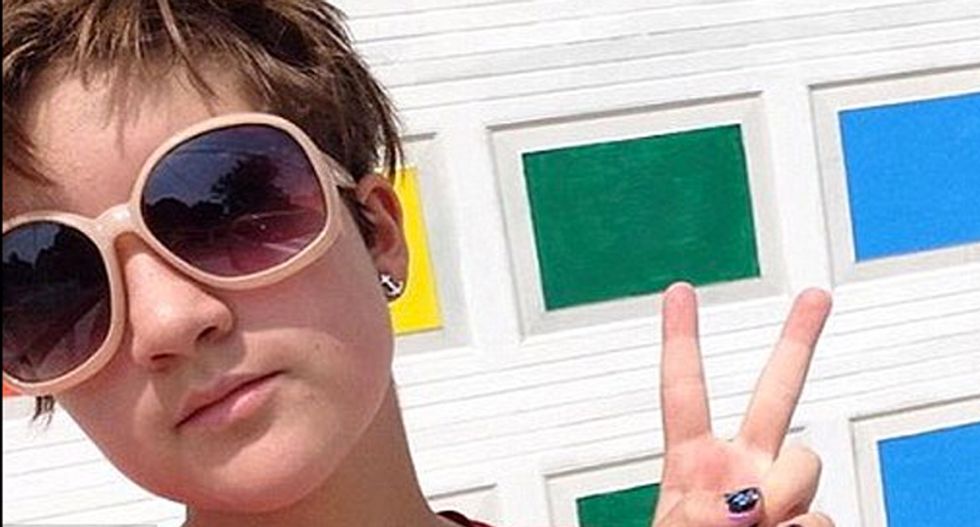 The mother of two New Jersey teens who are bisexual hit back at vandals who spray painted their garage door with "I'm gay," by turning the door into rainbow palette of colors celebrating their sexual orientation, the Daily Mail reports.

Erin Kennedy DeLong and her husband Joe were awakened from their sleep last week when their 17-year-old daughter Miranda came home from an evening out to find "I'm Gay" written in gray spray paint on the garage door of the family's home in Villas, New Jersey.

According to the mother both of her daughters, Erin and 14-year-old Emily, are bisexual and that someone that they know from school is probably trying to shame them.

"I think it was someone that knows my younger daughter," said Erin. "Her boyfriend is trans and her best friend is gay. They are at the house a lot, and it’s not some closely guarded secret. That’s why we think someone was just shaming them."

As police are investigating the incident, the parents decided to not just paint the door over to its previous white but to turn it into an expression of love for their children and their sexual orientation.

"Our kids are our everything, and to see them hurt is worse than being hurt ourselves," said Erin who used the block design of the door to create a rainbow color palette.

In an interview with the Huffington Post, Erin said the garage would show their neighbors they are "proudly and loudly ... an LGBT household, and we're OK with that."

According to the mother of three, some neighborhood kids have yelled anti-gay slurs at the house but, "We just try to let it roll off our backs."

The DeLong family has also updated their Facebook profile photo, seen below along with a picture of the repainted garage door: 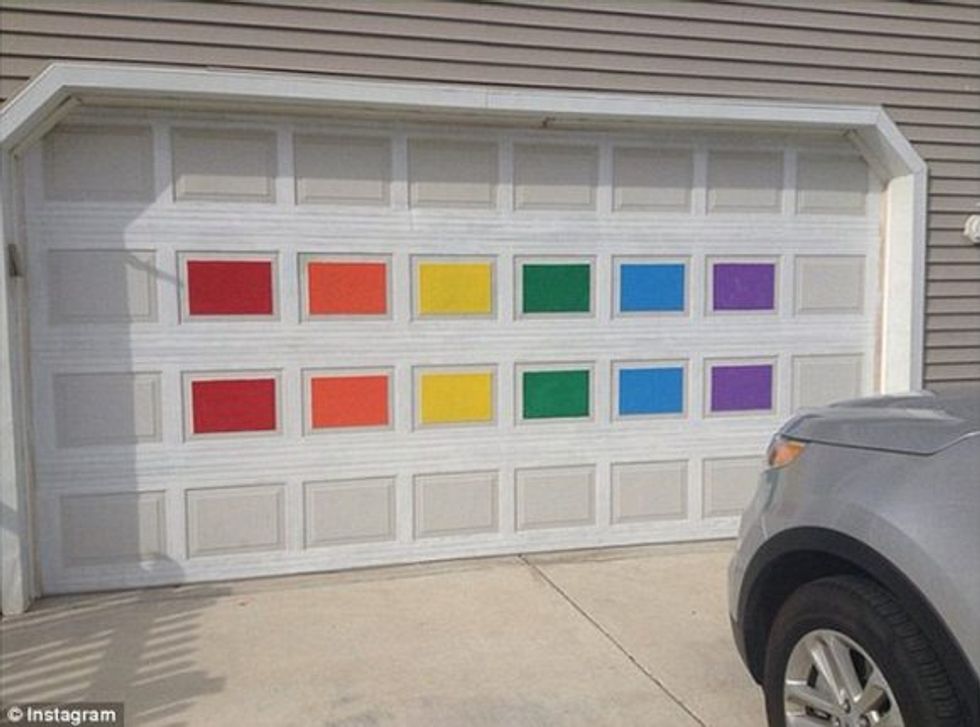 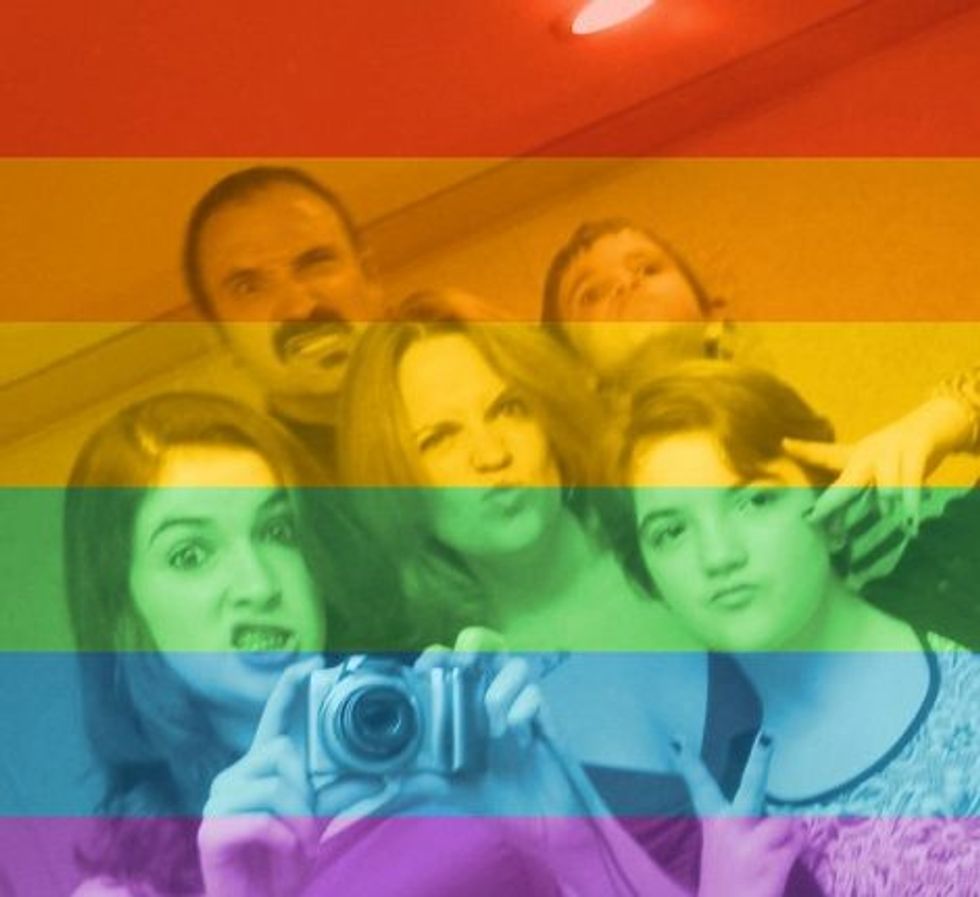