NRA radio host: Calling for new gun laws after Virginia shooting is 'gross' and 'shows a lack of humanity' 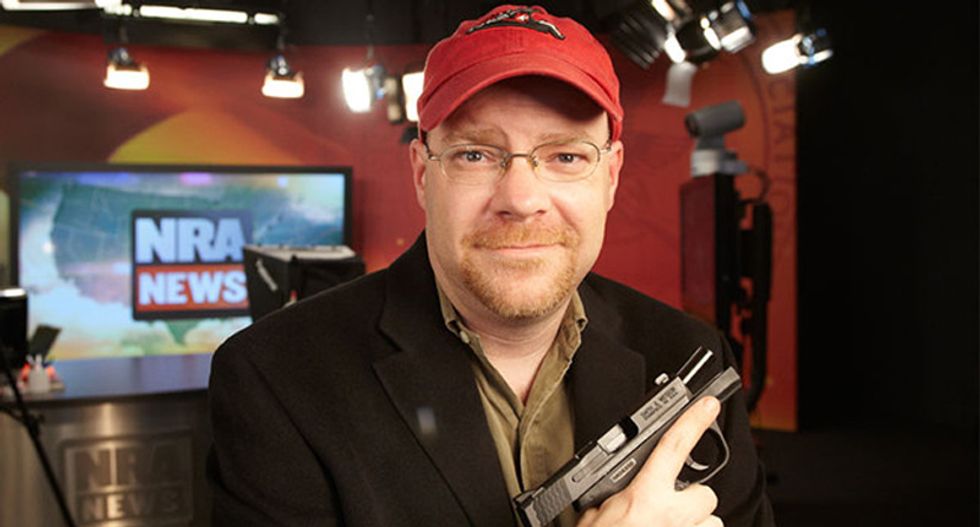 While the NRA has yet to issue a statement on the tragic shooting in Virginia of two journalists on Wednesday, the host of a popular NRA radio show expressed sadness over the incident while at the same time lamenting the demonization of gun owners.

In an interview captured by Media Matters, Edwards criticized politicians for resorting to their "playbook" whenever there is a mass shooting in the U.S. by calling for tighter gun laws.

"Before we know any of the details, we are seeing anti-gun politicians, anti-gun activists trying to turn this tragedy into some sort of political advantage," the host from NRA News stated while pointing out he was also dismayed at seeing " a lot of finger pointing, a lot of signaling of self righteousness of 'I am better than these gun owners, I am better than these people' " on Twitter and Facebook.

Speaking of the two slain journalists' town, family, and friends, he said: "This is a community that is absolutely heartbroken right now and you've got people who are trying to turn this tragedy into some sort of political advantage for them[selves]. I just think it's gross."

Edwards added that immediate attempts to talk about new gun laws after the horrific shooting is "the wrong response to take here. I think it shows a lack of shared humanity."

Listen to the interview below via Media Matters: