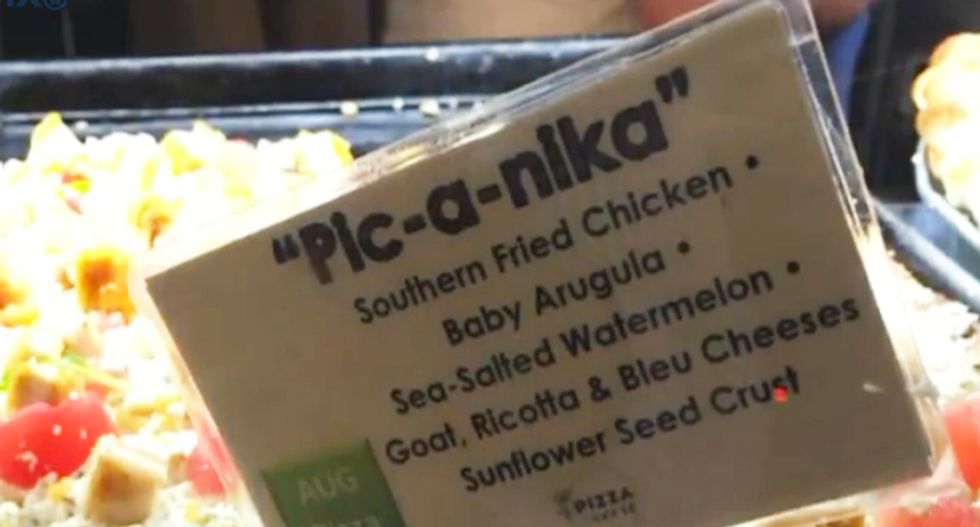 A New York pizzeria has apologized for a misunderstanding over the name of a pizza some call racist but is not removing the item from their menu because it is a best seller, reports PIX11.

Pizza by Certé in Manhattan recently debuted the “Pic-a-Nika” pizza topped with Southern fried chicken, sea-salted watermelon, arugula, goat cheese, ricotta and bleu cheese on a sunflower seed crust. Confusion about the name combined with the ingredients has led some people to call the pie "racist."

@Salaayah wrote: "Remember I tweeted that the word PICNIC comes from PICK-A-NI**ER?? Well @PizzaByCerte has a PIZZA to prove it!!"

Critics have pointed to an urban legend that states that the term "picnic" is derived from the act of lynching African-Americans. The word "picnic" is rooted from the whole theme of "Pick A N****r."

According to Victor Guzman, manager of Pizza by Certé, the name of the pizza is a play on a exaggeration of how an Italian would pronounce the word "picnic."

The restaurant posted an apology on Facebook saying, "To the people of New York City and to those who were offended by the sign. And specifically and especially to the Black Community, we are (gravely,deeply, truly) sorry."

"When we named the pizza "Pic-a-Nika" we disrespected an entire community, perpetuated a hurtful ideology and brought embarrassment to ourselves. In a time and climate when words carry so much change, we chose beyond poorly and cannot erase or ignore the damaging effects it has caused. It’s tough to think that we did something so HURTFUL. We made a shameful mistake. Once again, we are sorry."

The restaurant has since changed the name of the pizza to a much simpler "Picnic Pizza," although some are still calling on the pizzeria to drop the item from their menu.

Watch the video below from PIX11: