Officials extend state of emergency in Ferguson for another 24 hours 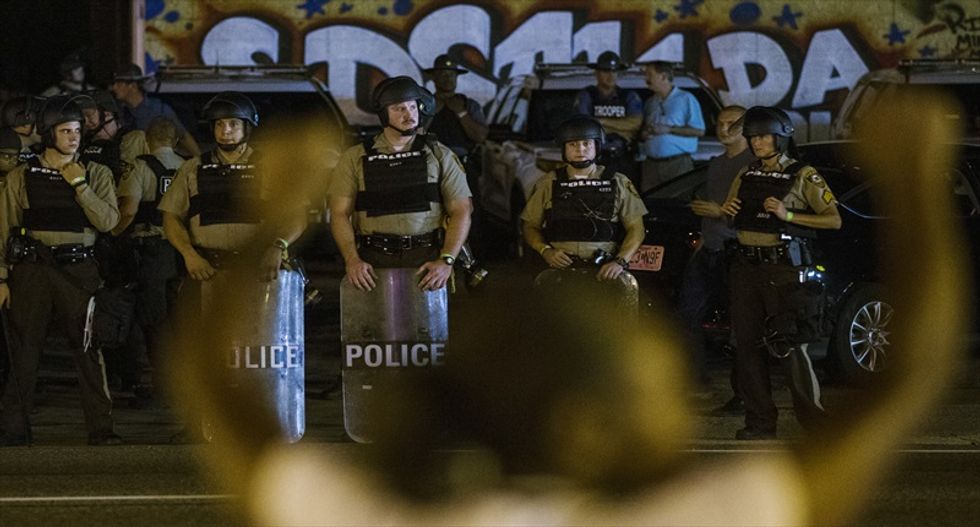 The government of St. Louis County extended for at least 24 hours a state of emergency in Ferguson, Missouri, which has been the scene of protests a year after an unarmed black teenager was killed by a white police officer.

County Executive Steve Stenger extended the state of emergency in Ferguson, a suburb of the city of St. Louis, through at least Friday, said his spokeswoman, Allison Blood.

In consultation with police, Stenger put the state of emergency in place on Monday for Ferguson and surrounding areas after police officers shot and critically wounded a man in an exchange of gunfire Sunday night, marring what had been a day of peaceful demonstrations.

The man accused of firing at police, Tyrone Harris Jr., 18, was recovering at a local hospital and his condition was upgraded to stable on Thursday, a St. Louis County Police Department spokesman said.

Protests since Monday have been mostly peaceful, and there were no arrests on Tuesday evening or Wednesday.

The killing of Michael Brown, 18, on Aug. 9, 2014, set off a nationwide movement on police treatment of minorities.

New York City was the scene of demonstrations against police brutality on Thursday.

Dozens gathered for a rally in Times Square and marched to a New York Police Department station, where members of activist group Artists 4 Justice led the crowd in chanting "I can't breathe," the last words of Eric Garner, a black man who died after a white police officer put him in a chokehold on New York's Staten Island.

Several parents of children killed by police officers implored the crowd to stand up against violence.

Grammy-nominated singer Janelle Monae and other artists participated in the march and performed a new song that includes the names of people who were killed by police, including Michael Brown.