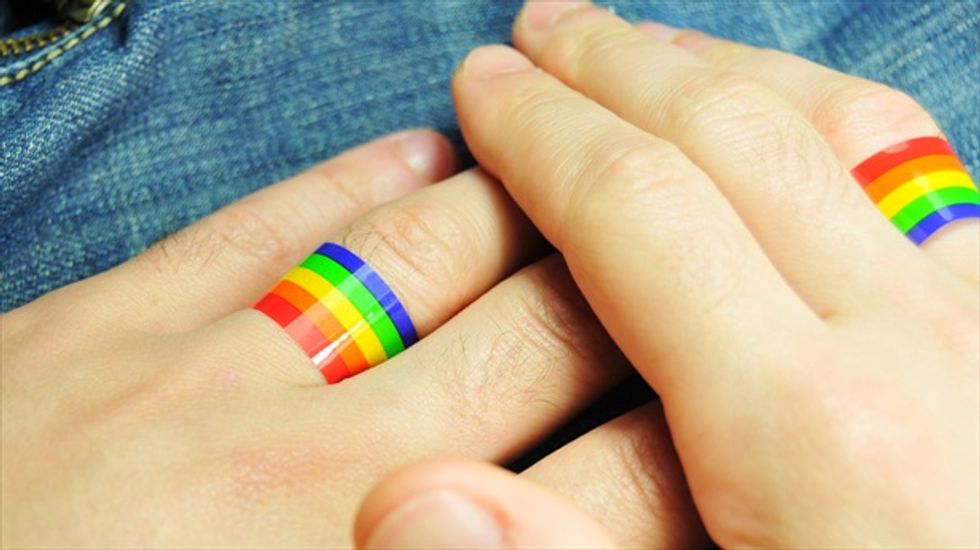 Judges in Ohio should not refuse to perform same-sex marriages based on personal or religious beliefs, the state's Supreme Court said in an informal, nonbinding opinion released on Monday.

The advisory opinion was issued in response to inquiries from judges and a judicial association seeking guidance, after a number of Ohio judges refused to marry same-sex couple or halted civil marriages altogether.

"A judge's unilateral decision to refuse to perform same-sex marriages based on his or her own personal, religious, or moral beliefs ignores the holding in Obergefell and thus, directly contravenes the oath of office," it said.

The seven-page opinion said refusing to perform gay marriages could bring into question a judge's impartiality in other matters.

"For example, if a judge who has declined to perform same-sex marriages is later assigned to hear a misdemeanor domestic violence charge involving a same-sex couple, the judge's ability to follow the law and impartially apply the domestic violence laws could reasonably be questioned," it said.

McConnell refused to marry two women in July, and said in a statement that his decision was based on his personal and Christian beliefs. Another judge married the couple, and McConnell sought an advisory opinion about whether he could opt out of the rotation that would have him perform civil marriages.

NBC News reporter Tom Winter spoke to law enforcement experts who were shocked by the police response to the Texas school shooter.

Uvalde police failed to stop 18-year-old Savlador Ramos from entering Robb Elementary School after lingering outside for 12 minutes, and officers waited outside for nearly an hour after he barricaded himself inside a classroom where he killed at least 19 children and two teachers.