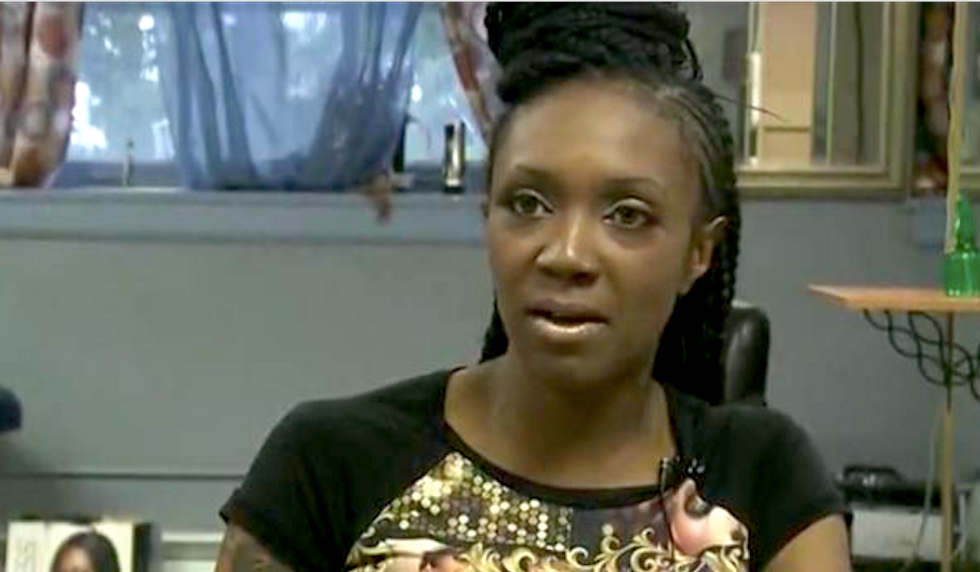 A Youngstown, Ohio woman says she is in fear for her life after she moved her business into a new neighborhood where she has been threatened and harassed -- and her truck was burned by vandals.

The New York Daily News reported that 40-year-old Nicole Rhodes has been targeted because she is a black woman opening a business in a mostly-white neighborhood.

The harassment began about three weeks ago with a note taped to the door of Rhodes' beauty school and salon, which she is moving into an old school building on Mt. Vernon Avenue that her family has owned for three years.

Then on Monday, she came outside to find her 2006 Ford pickup ablaze.

Fire investigators concluded that the blaze was deliberately set and are investigating the threats and fire as hate crimes.

Rhodes said she has put up 16 surveillance cameras around the property and will not be intimidated into opening her business somewhere else.