Oops: GOP hopeful kills his own campaign by saying the Confederate flag is as racist as the NAACP 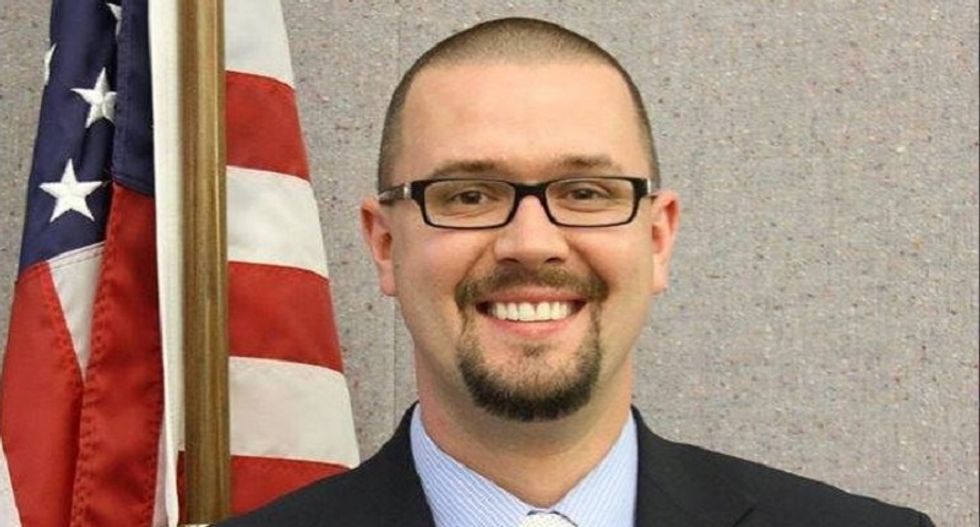 A Connecticut candidate city leader was booted from a local election Monday after posting "racially divisive "memes to his Facebook page, according to the Hartford Courant.

Peter Ceglarz, a GOP candidate for alderman in New Britain, posted a graphic that says if the Confederate flag is a racist symbol, then so are the emblems of the Hispanic Scholarship Fund, NAACP and Democratic party, among other civil rights and political organizations.

Another shows a photo of Al Sharpton and the Confederate flag with the words, 'This is a racist symbol. The other is a flag!!"

The posts are archived on an anti-Ceglarz website here.

On Monday, Mayor Erin Stewart announced Ceglarz had left the party ticket after being hauled into her office.

"While I consider Peter to be a good friend, there is simply no room in this campaign for that sort of divisiveness," she told the Courant. Stewart identifies as a socially-liberal Republican. "I wasn't familiar with the posts until this morning. His personal views don't reflect the view of the remainder of the endorsed slate."

Democrats said Ceglarz shouldn't be in public office with the views he holds.

"Contrary to Mr. Ceglarz's views, the NAACP, the Hispanic Scholarship Fund and the United Negro Scholarship Fund are NOT racist organizations, but rather groups that have been fighting racial bigotry and intolerance for decades," wrote Alderman David DeFronzo in response. "To link them to the Confederate flag is simply indefensible. These groups have sought to do what Mr. Ceglarz stands opposed to: bringing our communities together so we all can benefit."

Disgraced Trump National Security Advisor turned QAnon promoter Mike Flynn has allegedly filed a $50 million claim against the U.S. Dept. of Justice, alleging “malicious prosecution” and “emotional distress” despite having repeatedly confessed, including in court before a federal judge.