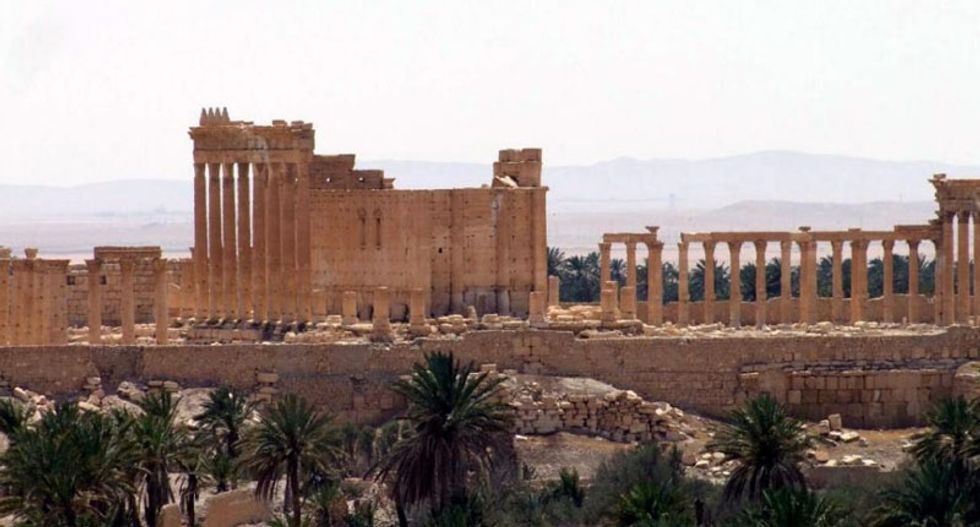 Palmyra, the ancient Syrian city that has fallen to the Islamic State jihadist group, has withstood the last 2,000 years with its immaculate temples and colonnaded streets.

Listed as a UNESCO world heritage site, the "pearl of the desert" is a well-preserved oasis 210 kilometres (130 miles) northeast of Damascus.

Palmyra, which means City of Palms, is known in Syria as Tadmor, or City of Dates.

Its name first appeared on a tablet in the 19th century BC as a stopping point for caravans travelling on the Silk Road and between the Gulf and the Mediterranean.

But it was during the Roman Empire -- beginning in the first century BC and lasting another 400 years -- that Palmyra rose to prominence.

Though surrounded by desert dunes, Palmyra developed into a luxurious metropolis thanks to the trade of spices, perfumes, silk and ivory from the east, and statues and glasswork from Phoenicia.

In the year 129 AD, Roman emperor Hadrian declared Palmyra a "free city" within his empire. During the rest of the century, its famous temples -- including the Agora and the temple honouring Bel (Baal) -- were built.

Before the arrival of Christianity in the second century, Palmyra worshipped the trinity of the Babylonian god Bel, as well Yarhibol (the sun) and Aglibol (the moon).

As the Roman Empire faced internal political instability in the third century, Palmyra took the opportunity to declare its independence.

Palmyrans beat back the Romans in the west and Persian forces in the east in a revolt led by Zenobia, who then became queen.

By 270, Zenobia had conquered all of Syria and parts of Egypt, and had arrived at Asia Minor's doorstep.

But when Roman emperor Aurelian retook the city, the powerful queen was taken back to Rome and Palmyra began to decline in prominence.

Before Syria's crisis began in March 2011, more than 150,000 tourists visited Palmyra every year, admiring its beautiful statues, over 1,000 columns, and formidable necropolis of over 500 tombs.

Palmyra's richest residents had constructed and sumptuously decorated these monuments to the dead, some of which have been recently looted.

Palmyra bears scars of Syria's ongoing war: clashes between armed rebels and government forces in 2013 left collapsed columns and statues in their wake.

Hundreds of statues and artefacts from Palmyra's museum were transferred out of the city before it fell to the Islamic State jihadist group, according to Syria's antiquities chief Mamoun Abdulkarim.

But many others -- including massive tombs -- could not be moved.

Until IS militants blew up the ancient temple of Baal Shamin on Sunday, most of Palmyra's famous sites had been left in tact.

There were, however, reports that IS had mined them and the group reportedly destroyed a famous statue of a lion outside the city's museum.