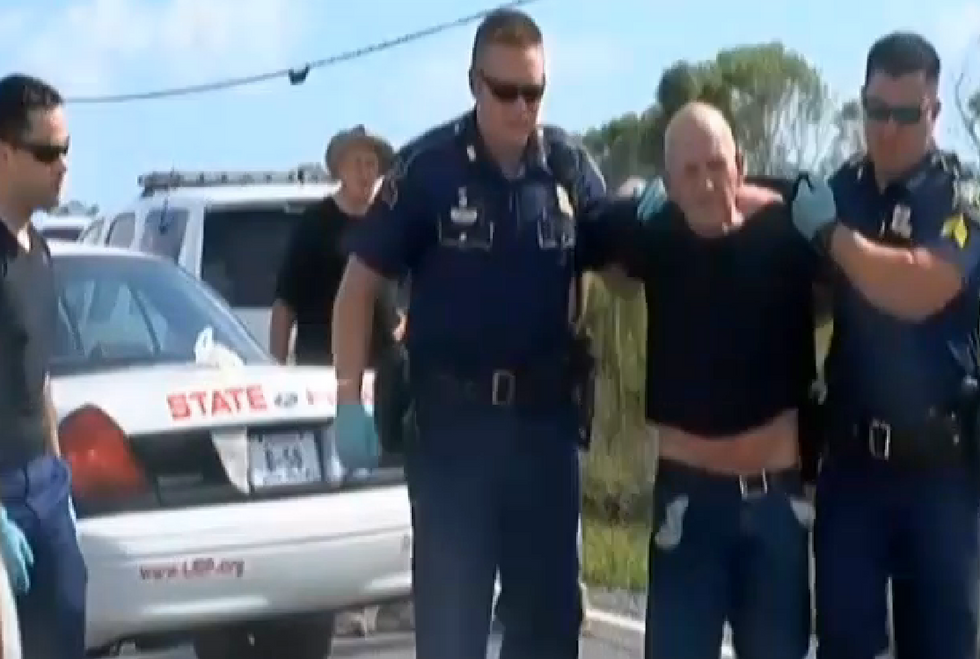 A gunman who shot a Louisiana State Trooper in the head with a shotgun is in custody after a roadside stop went horribly wrong on Sunday.

According to KPLC-TV, Trooper Steven Vincent, 43 -- a 13-year veteran of the state police -- is in critical condition at Lake Charles Memorial Hospital from injuries he sustained in an attack that police say was carried out by 54-year-old Kevin Daigle.

State police spokesman Col. Mike Edmonson said that Vincent responded to a call about a vehicle driving erratically on Louisiana State Highway 14. When he arrived at the scene, he found Daigle's pickup truck in a ditch.

Dashboard video reportedly shows Vincent trying to convince Daigle to exit the vehicle before the attack.

"I watched as that truck door came open and I saw a shotgun blast," Edmonson told reporters. "This guy was carrying a sawed-off shotgun. Let me tell you something, that shotgun wasn't to do anything else but hurt somebody, kill somebody."

Shot, Vincent struggled to radio for help. Daigle's voice was caught on audio saying, "You're lucky, you're lucky. You're going to die soon."

Passersby, however, pulled their vehicles over and intervened. They were able to wrestle the weapon away from Daigle -- who has a lengthy criminal history -- and subdue him.

Vincent's two brothers are also peace officers. He is married with a 9-year-old son. Coworkers describe him as a "good guy" and told reporters that the officer had run a marathon on Saturday.

Daigle has been charged with first-degree attempted murder of a police officer.

UPDATE: Fox News reported on Monday morning that Trooper Steven Vincent has died of his injuries.