Pennsylvania judge accused of groping, licking and harassing women he met in court 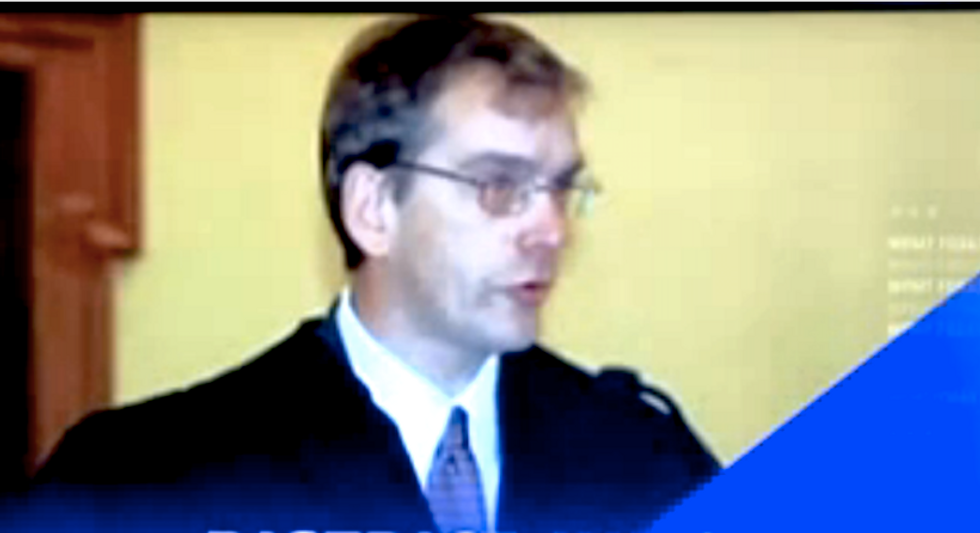 A group of Pennsylvania women say that a district judge harassed, intimidated and physically assaulted them in court and at their homes after they appeared in his courtroom.

According to Fox Channel 43 News, a 31-year-old woman filed a complaint with Pennsylvania State Police alleging that York County District Judge Jeffrey Scott Joy, 50, made two visits to her home and on the second visit, he groped her and licked her without her consent.

Joy first visited the woman's apartment to investigate a child abuse complaint against another person. She said that after he left, Joy called her and offered to help her out with money if she needed it. He also expressed interest in buying a painting from her.

He reportedly made the second visit to finalize arrangements on the painting and while there made increasingly aggressive sexual advances toward the woman, attempting to fondle her breasts and buttocks and to lick her breast.

State Police say there are also investigating claims by other women against Joy, including one woman who claims that Joy made lewd and inappropriate remarks to her when she was in his courtroom.

Joy reportedly asked the woman if she smoked. She replied yes.

"You know what they say about girls who smoke, don't you?" Joy asked.

Another woman says that Joy came to her residence repeatedly after she appeared in court, offered her and her mother financial assistance and said he would take her out to dinner "at Red Lobster" if she stayed out of trouble.

A fourth woman came forward on Wednesday saying that Joy offered to expunge her criminal record if she would model lingerie for him, adding bribery to the list of charges against him.

Charges were issued against Joy by summons. He has a preliminary hearing on Aug. 28. He has been charged by the State Police with bribery, official oppression, indecent assault and harassment as well as a summary count of harassment.

Joy -- a former mayor of New Freedom, PA -- hired defense attorney Christopher A. Ferro, who released a statement that said, in part, "The allegations that have been made against Judge Jeff Joy, which are now the sole basis for the misdemeanor criminal offenses that have been filed today, are simply not true. Judge Joy, based upon his reputation in the community and years of public service, both on and off the bench, has earned and fully deserves the absolute presumption of innocence."