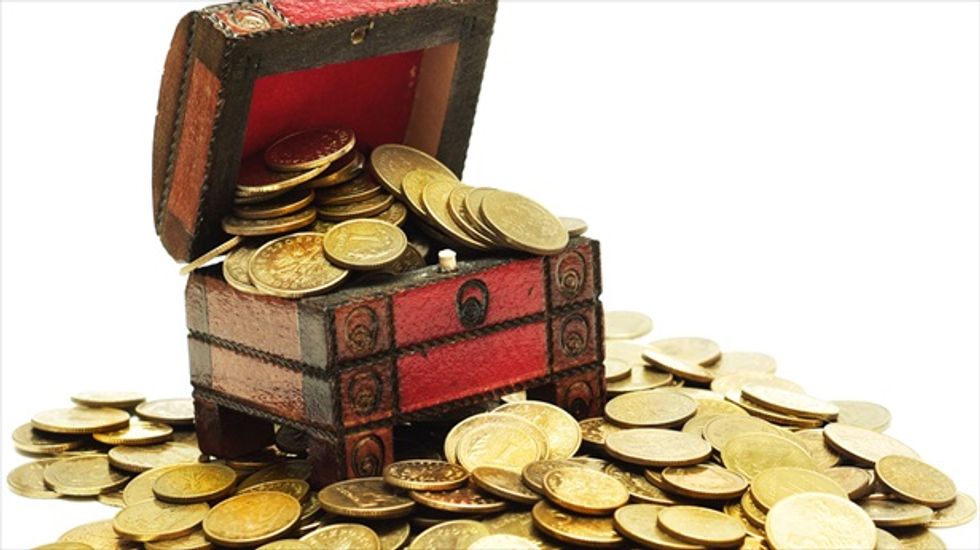 Poland's government on Thursday warned treasure-hunters that the Nazi "gold train" allegedly discovered in the country's west is probably booby-trapped.

Local media have for days been abuzz with old lore of trains full of gold and jewels stolen by the Nazis after two men -- a German and a Pole -- claimed to have found an armoured train car in the southwestern city of Walbrzych.

"There may be hazardous substances dating from the Second World War in the hidden train, which I'm convinced exists," culture ministry secretary of state Piotr Zuchowski said in a statement.

"There's a huge probability that the train is booby-trapped."

He said there has been a marked increase in treasure-hunting in the Walbrzych area since the "discovery of the so-called gold train".

"I urge the public to stop searching for the train until official procedures to secure the find are completed."

The region has for years attracted treasure-hunters inspired by old rumours that the Third Reich had stashed its valuables in secret underground passages near Walbrzych.

Nazi Germany had concentration camp inmates build the huge tunnels -- code-named Riese (Giant) -- to be used as production spaces for German strategic weapons, as the site was safe from Allied air raids.

Portions of the tunnels are now open to tourists.

Walbrzych deputy mayor Zygmunt Nowaczyk told reporters Wednesday that the exact location of the train was being kept under wraps, as were .

Ditto for the identities of the two men responsible for the discovery.

Their lawyer Jaroslaw Chmielewski said they had provided local authorities with a description of the train carriage, which is allegedly 120-150 metres (400-500 feet) long and armoured.

Local Radio Wroclaw said the men are asking for 10 percent of whatever may be found on the train, though Chmielewski said they are skeptical it contains gold.

"These are serious people... What they presented during our talk makes me believe this business (of the train) is very credible," Chmielewski told the Polish news portal Onet.

"My clients are however skeptical as to whether it is really the famous (Nazi) train" packed with gold and other precious objects, he said.

"But we also can't completely exclude the possibility."

Senate Republican made a massive error -- and it will have ‘significant consequences’ next year: op-ed

Writing for The Dispatch this Monday, Chris Stirewalt contends that when Senate Republicans voted to block the establishment of a bipartisan commission to investigate the attack on the U.S. Capitol on Jan. 6, they were handing House Speaker Nancy Pelosi a "powerful midterms weapon."

In doing so, Stirewalt writes, Republicans will have to deal with a committee of politicians selected entirely by Pelosi.