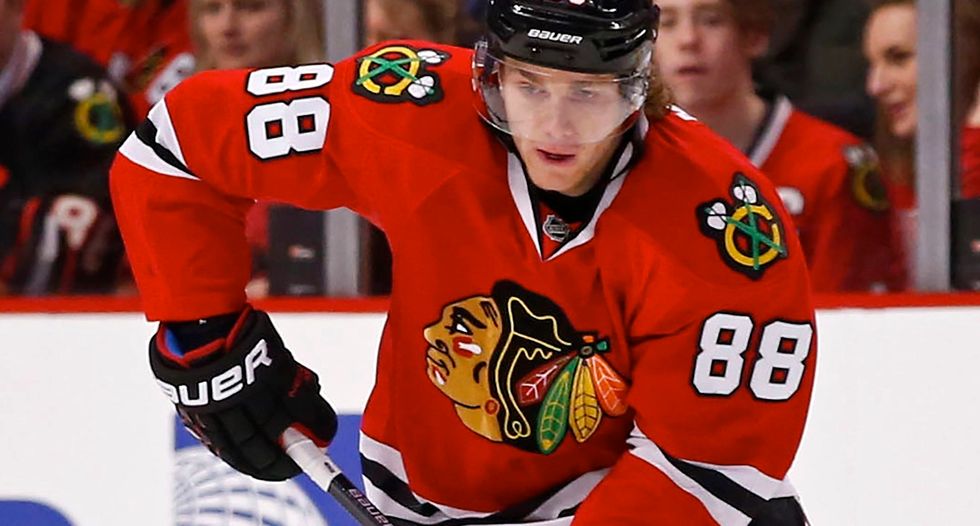 Police in a Buffalo, New York, suburb said on Friday they were investigating an incident that occurred at the home of Chicago Blackhawks star Patrick Kane but would not confirm reports he was the subject of rape allegations.

Citing two law enforcement sources, the Buffalo News reported on Thursday that the four-time National Hockey League All-Star was being investigated for rape.

"The town of Hamburg police department is investigating an incident that allegedly occurred at the residence of NHL player Patrick Kane last weekend," Police Chief Gregory Wickett told reporters. "At this time we are gathering information and awaiting forensic testing results."

Wickett did not elaborate or take questions.

The newspaper's law enforcement sources said a woman went to a hospital after the alleged incident and tests using a rape kit were performed.

Kane, a member of the 2010 and 2014 U.S. Olympic hockey teams who signed an eight-year, $84 million contract with the Blackhawks last summer, has not been charged with any crime.

In June, Kane helped the Blackhawks win their third title in the past six seasons and was scheduled to bring the Stanley Cup to Buffalo this weekend as part of a victory celebration.

Kane, 26, was involved in an altercation with a Buffalo cab driver in 2009 and accused of assaulting him. He and a cousin pleaded guilty to disorderly conduct.