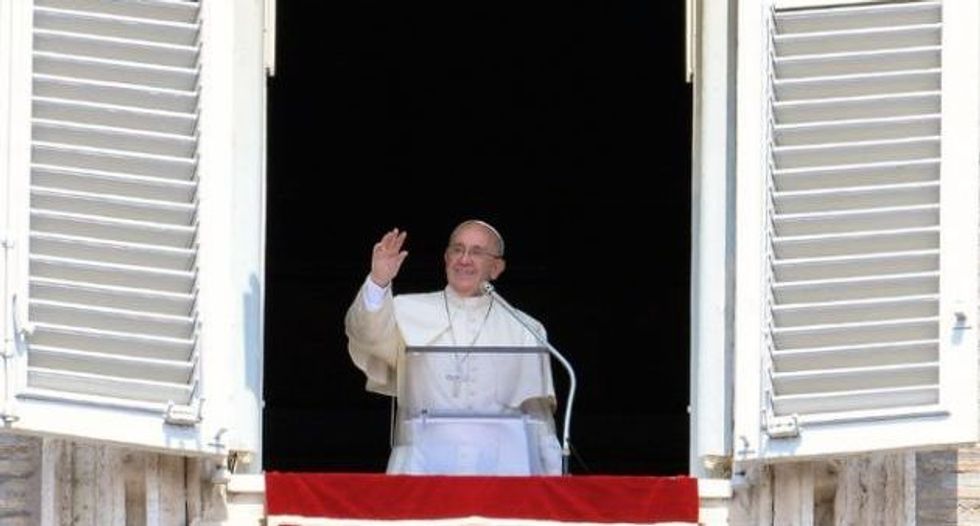 AFP/AFP/File - Pope Francis, pictured on August 9, 2015 following his Sunday Angelus prayer, established an annual day of global prayer "for the Care of Creation"

Pope Francis has established an annual day of global prayer "for the Care of Creation" to boost support for the environment, the Vatican said Monday.

The first day of prayer next month coincides with the buildup to a worldwide conference to roll back the peril of climate change.

"I wish to inform you that I have decided to institute in the Catholic Church the 'World Day of Prayer for the Care of Creation' which, beginning this year, is to be celebrated on 1 September," the pope said in a letter released by the Vatican.

Francis said he had been inspired by Ecumenical Patriarch Bartholomew, the spiritual leader of the world's Orthodox Christians, who have been praying for the environment on that date since the late 1980s.

"The celebration of this Day, on the same date as the Orthodox Church, will be a valuable opportunity to bear witness to our growing communion with our Orthodox brothers and sisters," the Pope said.

"We live at a time when all Christians are faced with the same decisive challenges, to which we must respond together, in order to be more credible and effective."

The prayer day "will offer individual believers and communities a fitting opportunity to reaffirm their personal vocation to be stewards of creation" and reflect upon "the adoption of appropriate lifestyles," the letter said.

Francis has become a leading defender of the environment, particularly in the fight against climate change.

He published an environmental encyclical earlier this year which denounced exploitation of the poor and waste of the planet's resources.

He is due to address the UN Special Summit on Sustainable Development in September.

That gathering comes amid efforts to forge a worldwide deal on climate change in Paris in December, with the aim of limiting global warming to two degrees Celsius (3.6 degrees Fahrenheit) over pre-industrial levels.