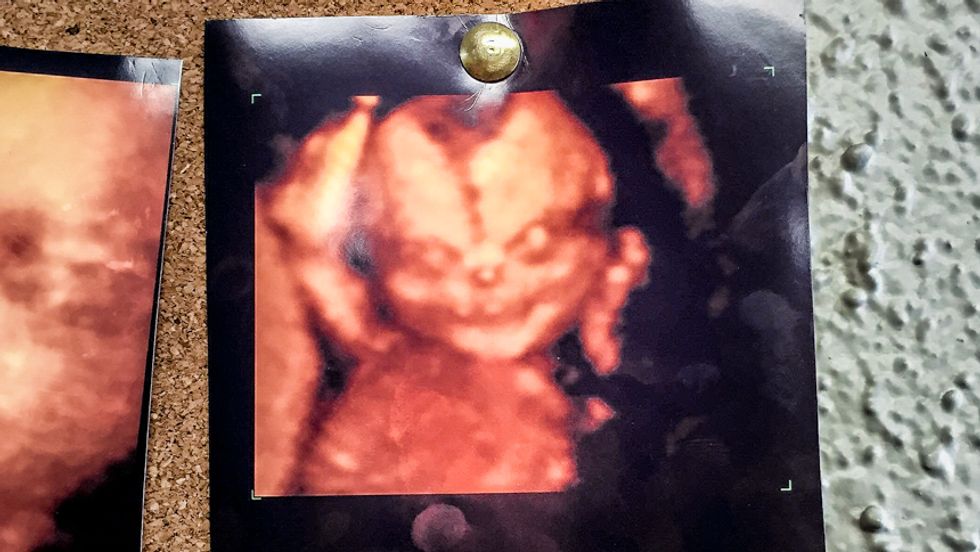 A man who went to the doctor with his pregnant wife said that the couple decided against a detailed ultrasound after seeing another parent who had the image of a "demon" in their ultrasound.

In a post on the website Reddit late last week, a user shared a photo of an ultrasound that was posted outside of his doctor's office.

"Wife and I went to get a '4D' ultrasound of our unborn child," the man wrote. "Saw this picture. Changed our minds."

The photo contained an image of a fetus whose appearance was described by Redditors as a "demon."

A 3D ultrasound is more detailed that traditional ultrasounds because they create a three dimensional image of the fetus. A 4D ultrasound goes one step further by creating a video of the 3D image.

But many of the responses on Reddit seemed more concerned about about the image than the technology that created it.