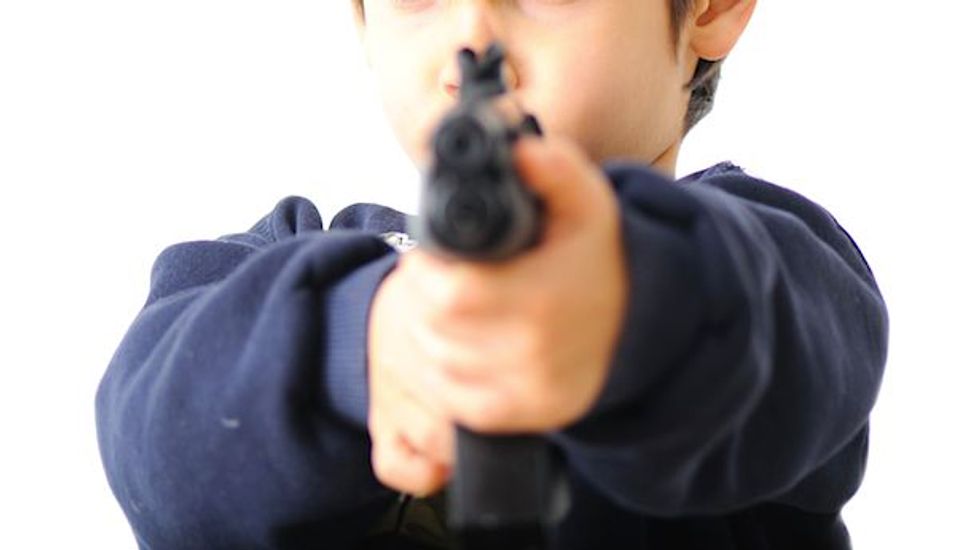 An 11-year-old Detroit boy was charged with manslaughter on Wednesday in the shooting death of a 3-year-old boy, prosecutors said.

The shooting happened on Monday afternoon on the city's east side. Prosecutors said that while visiting his father's house, the 11-year-old took a handgun from a bedroom closet and threw it out of a bedroom window into the backyard.

The boy then retrieved the gun and entered a car parked in the backyard, prosecutors said in a statement. The three-year-old went into the same car and a short time later was shot once in the face.

"I cannot remember a time where we have charged someone so young with taking a life," said Wayne County Prosecutor Kym Worthy, in a statement. "Very unfortunately and very tragically, the alleged facts in this case demanded it."

The office said the charge means death was caused by a weapon aimed with intent but without malice.

She provided no further information about the shooting.

The youngster also faces a felony firearm charge. Police had initially identified the boys as brothers, however, they are now trying to determine if the boys were related, according to a CBS News report.

A police spokesperson was not immediately available for comment.

A bond of $5,000 was set at a pre-trial hearing in juvenile court on Wednesday afternoon, according to Wayne County assistant prosecutor Mark Bernardi.

No names were released.