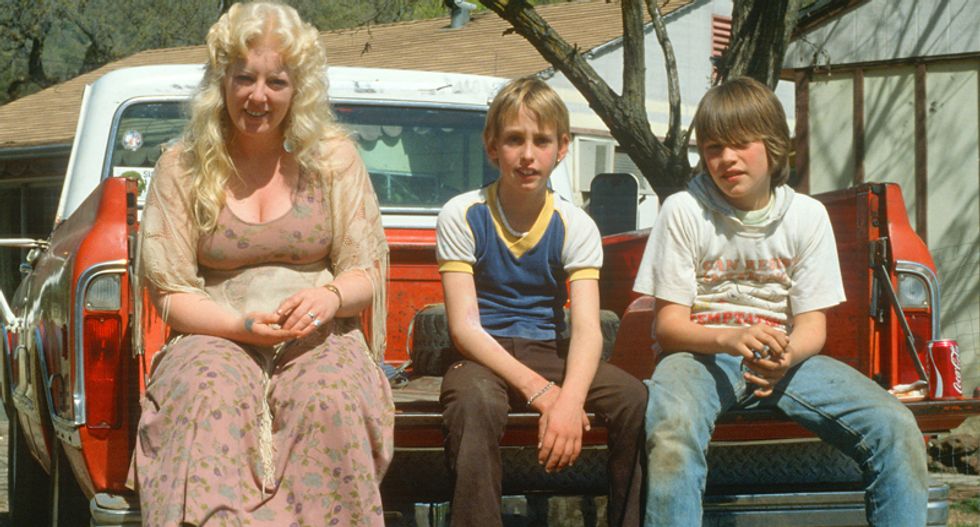 In the 1960s, the Lyndon Johnson administration launched an official War on Poverty. Needless to say, poverty has emerged victorious. The noble and necessary aim of poverty reduction might have helped millions of people create lives of decency and dignity, and it might have helped America assimilate into the developed world as a fiscally responsible and morally honorable nation. But since they fail to narrow the profit margin of the corporate class running America’s political system, poverty reduction programs are basically doomed.

As poverty worsens and spreads, with 25 million Americans constituting the working poor, poverty relief programs face elimination from austerity policymakers on the state and federal levels. In the absence of any war on poverty, America has demonstrated dedication and determination in its war on the poor. In a cruel combination of exploitative profiteering from poverty, and unapologetic hatred for the poor, state governments continue to pick the pockets of the impoverished, relegating low-income earners to a vicious cycle of punishment and recompense; life without parole in the poverty prison.

The war on the poor exposes the tyrannical turn of political administration in the United States – a country committed to mutating its criminal justice system, already more criminal than just, into an apparatus of assault against its most defenseless citizens.

The following laws and policies give painful illustration to America’s attack on the poor in which the impoverished receive perpetual punishment for their poverty. This compilation does not include the mile-long list of policies that harm the poor, such as difficulty acquiring health care and child care, regressive taxation, or the cost of college. The following are policies in which state governments are actively levying the legal system against the poor.

1. Limits on ATM Withdrawals for Welfare Recipients in Kansas

Governor Sam Brownback and his supporters in the state legislature of Kansas have turned their state into dystopian inspiration for a post-apocalyptic thriller, slashing social services, and leaving the poor to suffer — and in many cases actually die — for lack of basic essentials. In April, Brownback signed a bill making it illegal for welfare recipients to withdraw more than $25 from an ATM at one time. Although the policy might violate federal law, state officials have recently expressed steadfast commitment to its implementation and enforcement. The policy manages to achieve the trifecta of mean-spiritedness, dangerous negligence of human needs, and Orwellian intervention into the private lives of citizens from the state.

Failure to make student loan payments in Iowa will result in delinquent borrowers losing their driver's licenses. With student loan defaults on the rise, and rates of poverty, even among the college-educated, increasing, states are developing punitive measures to damage the lives of those already buried in student debt. Tennessee will revoke the nursing license of a nurse who fails to make student loan payments. Iowa is the worst offender, however. Losing the ability to drive, especially in a largely rural state without sophisticated public transit, will reduce the potential for poor people to work, take children to school and take any step toward escaping poverty. (Montana had a similar law that was repealed.)

According to an in-depth, detailed investigation by Human Rights Watch, “Arkansas is the only US state where tenants can end up as convicted criminals because they did not pay their rent on time.” Arkansas has a unique and singularly monstrous “failure to vacate” law. Failure to Vacate allows prosecutors to charge tenants as criminals without any evidence outside the landlord’s testimony. Tenants face fines far exceeding the rent they owe, and in many cases, a sentence of jail time.

Violation of Failure to Vacate will also appear on the tenant’s criminal record. If a tenant fails to pay rent on time, the landlord instructs them to leave the premises, and the tenant is still present after a grace period of 10 days, the tenant falls onto the vicious mercies of the draconian criminal justice system. One missed paycheck, one unexpected expense or one pink slip, and 10 days is all that separates poor renters in Arkansas from imprisonment and a criminal record.

The Justice Department did not find cause to prosecute former Ferguson, Missouri police officer Darren Wilson in the killing of Michael Brown, but it did gather undeniable evidence proving that the poor, and in this case, mostly black residents of Ferguson live under occupation from the Ferguson police force. “Officers routinely conduct stops that have little relation to public safety and a questionable basis in law,” the Department of Justice explained. “Issuing three or four charges in one stop is not uncommon,” according to the report, “Officers sometimes write six, eight, or, in at least one instance, fourteen citations for a single encounter.” In 2012, 19 percent of Ferguson’s budget derived from the imposition of fines and court fees.

Ferguson is not alone in viewing the poor as living, breathing ATMs. New York over the past 10 years has consistently adopted “broken windows” policing policies. Many poor citizens live in constant terror of police penalty, because without enough money to pay their fines and court fees, they can land in jail.

5. The Return of Debtors’ Prisons

After an exhaustive study of legal harassment and predatory targeting of the poor in Louisiana, Michigan, Ohio, Georgia, and Washington, the ACLU concluded “that poor defendants are being jailed at increasingly alarming rates for failing to pay legal debts they can never hope to afford.” The Supreme Court ruled the imprisonment of poor people for failure to pay legal fees unconstitutional, but many states ignore the law with impunity, as their powerless victims have little recourse to challenge their jailers. In Georgia, to cite one egregious example, authorities prosecuted a mentally ill teenager for stealing school supplies. The cost of her incarceration in juvenile detention centers came to a total of $4,000. The teenage girl was released only after her mother was able to pay the bill in full. In the Georgia case, and many others across America, the state functions as hostage taker, demanding family members pay ransom for the release of their loved ones.

Voter Identification requirements in southern states, and elsewhere, make it much more difficult for the poor to exercise their civic right to oppose the very policies, such as those enumerated above, that damage them.

Suppression schemes, especially ID laws, harm only those who cannot afford a photo ID. The Brennan Center for Justice at the New York University School of Law studied the results of voter identification regulations in Texas, and concluded, in the words of its director, Myrna Perez, “The law has a disenfranchising effect. It hits poor voters the hardest.”

In a deadly one-two punch of democracy deterrence, many American states are now levying the political and legal system as a weapon against the poor, and then paralyzing the poor in their attempt to fight back.

Norman Mailer, while promoting his novel about the life of Jesus Christ, The Gospel According to The Son, explained that anxiety troubles the American heart, because most Americans identify as Christians and prefer to pretend they live in a “Christian nation,” but on some deep, intuitive level suffer from the awareness that they violate the basic principles of Christianity on a daily basis. The Synoptic Gospels are filled with excoriations of the rich, and implorations to help the poor.

The ongoing transformation of the criminal justice system into a harassment and exploitation enterprise targeting “the least of these,” to use Biblical language, exposes America as a nation not only indifferent to the suffering of the poor, but enthusiastic in its commitment to enhance that suffering.