Second Amendment activist: Banning guns is like banning the Bible in favor of Satan books 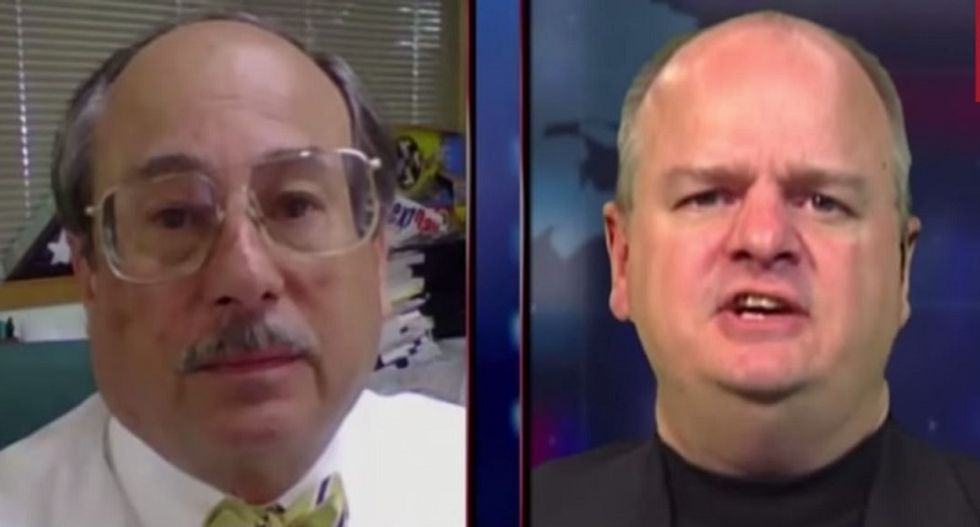 Alan Gottlieb, founder of the Second Amendment Foundation, took to Colorado State Sen. Gordon Klingenschmitt's show to make the mother of all false equivalencies recently, according to Right Wing Watch.

Gottlieb is up in arms because the Massachusetts attorney general has the purview to block the public from owning guns deemed unsafe, so newer Glock models are not on the market.

"They're used by the Massachusetts police department, so they can't exactly be unsafe if police officers use them, and they're exempt from it," he said. "But the average citizen can't have that gun."