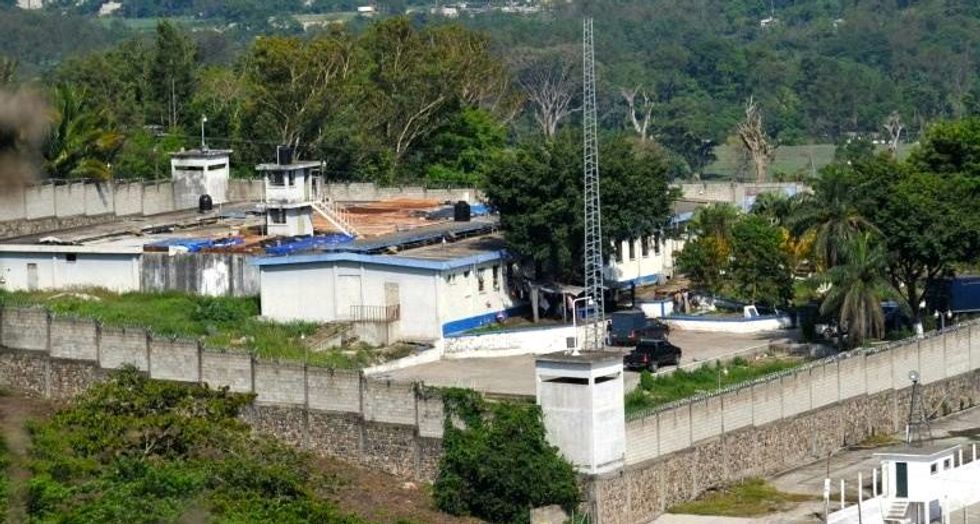 AFP/AFP/File - El Boqueron maximum security prison holds 521 inmates, including 286 who belong to the Mara Salvatrucha drug gang, whose members are known for their full-body tattoos

The bodies of seven inmates at a maximum-security prison in Guatemala were found stuffed inside garbage bins Wednesday, their remains showing signs of torture, authorities said.

Officials at El Boqueron prison found the bodies in an area that holds inmates from Mara Salvatrucha, one of the drug gangs blamed for a wave of violence sweeping Central America, said prisons spokesman Rudy Esquivel.

The victims have not been identified, he said.

Officials are investigating whether they were killed in a feud between warring gangs.

On August 8, three other inmates were found murdered at the same prison in the eastern city of Cuilapa.

Their bodies also bore signs of torture, but investigators said the victims were not linked to any gang.

The prison holds 521 inmates, including 286 who belong to Mara Salvatrucha, whose members are known for their full-body tattoos.

The gang's bloody war with its rivals has been blamed for making Central America one of the most violent regions in the world.

Of the five countries with the world's highest annual homicide rates, four are in Central America. Guatemala ranks fifth, with a rate of 39.9 homicides per 100,000 people, according to the United Nations.