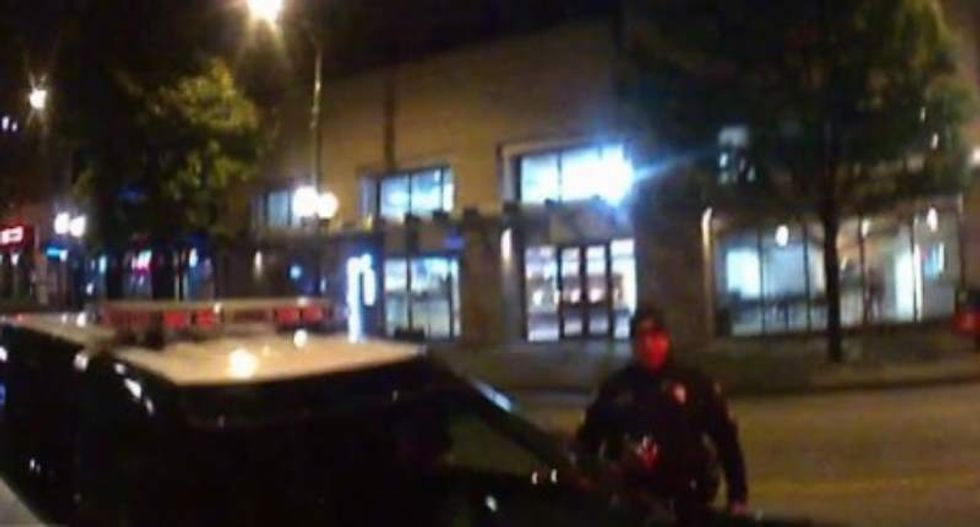 Two sheriff's deputies patrolling Seattle's transit system have been fired for falsely accusing a bus driver of using profanity during an argument captured by a body camera the driver was wearing, police said on Tuesday.

The firings resulted from an investigation into a complaint filed by King County Sheriff's Office Sergeant Lou Caballero after an early morning argument on Nov. 14 between him and driver Kelvin Kirkpatrick in downtown Seattle, internal Sheriff's Office documents showed.

During the argument, Kirkpatrick, a 20-year transit veteran, criticized Caballero and his deputies for not removing non-paying "sleepers" from his bus.

Caballero said Kirkpatrick yelled at him: "You got three fucking deputies out here that don't do nothing." Another deputy, Amy Shoblom, attested to that in a witness statement.

Footage recorded by the body camera Kirkpatrick was wearing, which was given to investigators, showed the driver had not used any profanity.

"I'm not yelling at you, sergeant. ... I'm expressing how frustrated I am at the fact that I've got three deputies that don't do anything when I need help," Kirkpatrick can be heard saying.

According to Urquhart's letter, Caballero had suggested the driver manipulated the video.

Julie Kays, an attorney representing Caballero and Shoblom, said Caballero was wrongfully terminated and that the investigation supporting that decision was flawed and biased.

"We are currently conducting a thorough and wide reaching investigation into the Sheriff's Department's treatment of Lou," Kays said. "We look forward to presenting the results of this investigation to a jury."

Watch video of the encounter, as posted by the Seattle Times, below.