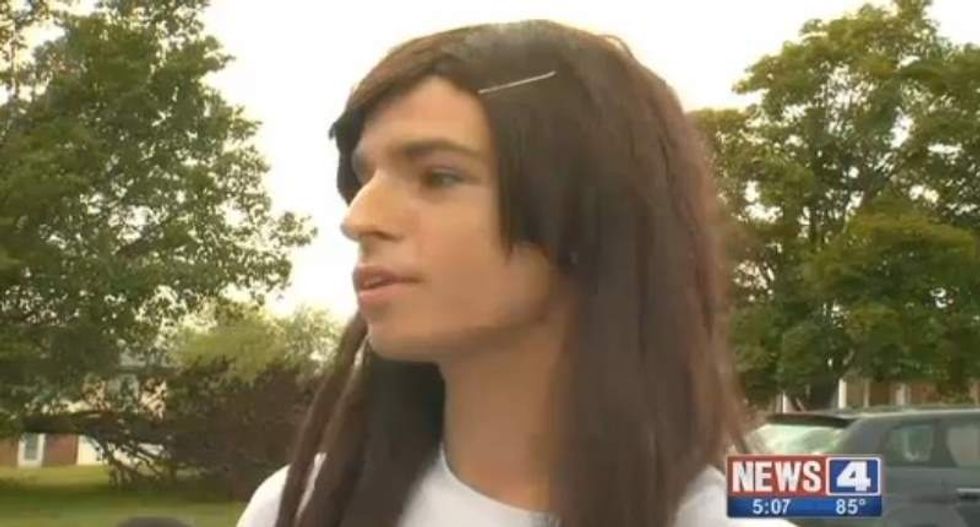 High school students in Hillsboro, Missouri targeted a trans senior in a protest on Monday, opposing her push to use the girls' locker room in gym class, KMOV-TV reported.

"There's a lot of ignorance," Hillsboro High senior Lila Perry said of the demonstration. "They are claiming that they’re uncomfortable. I don't believe for a second that they are. I think this is pure and simple bigotry."

Nearly 200 students walked off-campus for about two hours as part of the protest before returning to class. Another 30 to 40 held their own gathering in support of Perry, who has identified as a girl since she was 13 but only publicly revealed her gender identity last year. She also told officials she did not want to use a unisex faculty restroom, but wanted to be allowed to use the girls' locker room and restrooms.

"I wasn't hurting anyone and I didn't want to feel segregated out," Perry said. "I didn't want to be in the gender neutral bathroom. I am a girl. I shouldn't be pushed off to another bathroom."

According to the St. Louis Post-Dispatch, Perry was "locked" in Principal Cathy Freeman's office during the protest to ensure her safety. A local man, identified as 47-year-old Jeff Childs, was asked to leave campus after the demonstration when he drove onto the school parking lot with the phrase "girls lives matter" painted on his pickup truck.

"This needs to stop before it goes too far," said Childs, whose niece and nephew attend the local elementary school. "I'm not trying to be ignorant, but [Perry] is bringing it out in public for everybody else to deal with."

Regardless of the feelings of residents like Childs, a state school board association official said, barring trans students from using facilities according to their gender identities could face the loss of federal funding, per an edict from the Department of Education.

"The [Department's] Office of Civil Rights has issued an opinion that says, if you do this, you have engaged in gender discrimination," Kelli Hopkins told the Post-Dispatch. "At the same time, there is no case law or statute in Missouri that says this is against the law."

Watch KMOV's report, as aired on Monday, below.