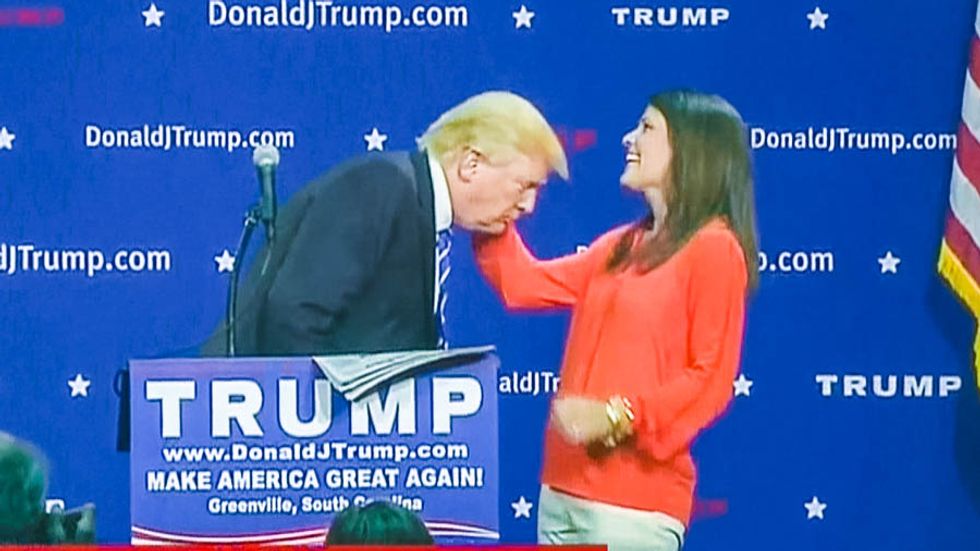 Republican presidential candidate Donald Trump insisted a woman from the audience join him on stage on Thursday to prove that his hair was real.

At a Chamber of Commerce event in South Carolina, the candidate complained that The New York Times had reported that a Spanish radio host in Los Angeles was fond of calling him “El hombre del peluquín,” which translates to "the man of the toupee."

"It's my hair! I swear," the candidate objected, pointing to a woman in the audience.

"Come here!" he demanded. "We're going to settle this... You have to do an inspection. This is getting crazy."

After Trump bowed for a brief inspection, he asked the woman to step up to the microphone.

"You're very nice, thank you," Trump said. "Somebody's got a very nice wife. I don't know who she is."