Sorry, Jeb, but gynecological care is, in fact, health care 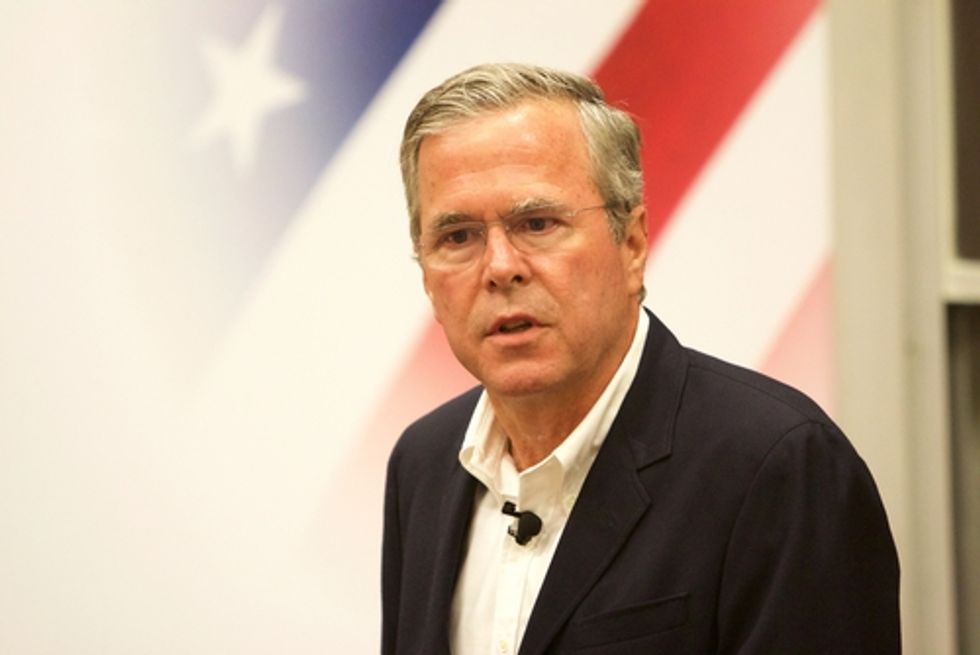 Jeb Bush sez, just because it hurts when you pee doesn't mean something's wrong with you. (Caution: Opinions expressed by GOP candidates may not be medically accurate.)

Many years ago, when I was a wee college girl, I woke up early in the morning because my bladder was hurting me.  I knew the symptoms right away. If you've ever had a UTI, they are unmistakeable. You are in a weird, constant hell of both feeling the need to pee every second and knowing it will be very painful if you do. Back then, there weren't over-the-counter painkillers for UTIs, either. And the nurse's office at my college was not open for many hours.

So I got in my car and drove to Planned Parenthood. They weren't open yet, either, as it was 7:30 in the morning and that branch didn't open until 8. So I sat in my car, listening to the radio and trying not to think about peeing. Right at 8AM, they unlocked the door and I rushed in. I explained that I didn't have an appointment, but I was in a lot of pain and could they see me? They graciously got me situated and within a few minutes, I was  peeing in a cup and handing it over. Soon I was talking to a nurse practitioner, who said, yep, it was a UTI and she got me a prescription for painkiller and antibiotics. The painkillers allowed me to make it to classes and go to work that day. The antibiotics made sure that I got better in a few days.

Yes, I've told stories about going to Planned Parenthood before. And I suppose I may have to keep telling such stories so long as politicians keep telling whoppers like this:

“I, for one, don’t think Planned Parenthood ought to get a penny, though. And that’s the difference, because they’re not actually doing women’s health issues. They are involved in something way different than that.”

I don't like to wish suffering on anyone, but if Jeb Bush is really so certain that getting treatment for a UTI is not "doing women's health issues", then I really do hope that he gets to experience what it's like to have a UTI and not get treatment for it. That might clarify his thinking on this a bit. Pissing blood can have that effect on you, I'm told.

Luckily, I have not had the experience of having a UTI go untreated. That is because Planned Parenthood rocks and they help out people who need it. Unlike Jeb Bush, perhaps he is too busy being a lying liar who lies to help anyone out with anything.

In all seriousness, as I've said before, this entire attack on Planned Parenthood is about expanding the attacks on abortion to encompass any gynecological care that helps women have sex without facing negative health consequences for it. Talk like Bush's is about implying that it's illegitimate for health care providers to intervene when it comes to health issues stemming from the choice to have sex. That not only includes pregnancy termination, but pregnancy prevention through contraception, STI testing and treatment, cancer screenings (cervical cancer is caused by HPV, a common STI), and, I guess, UTI treatments. While not all UTIs are linked to sex, there is evidence, after all, that having sex can help cause one in women by moving bacteria around down there. Young women in particular are at risk, because if you've just started having sex or are having sex with the frequency and enthusiasm that adolescents can bring to the activity, you're at more risk.

I suppose, if you think that young women should not be doing such a thing, you might see cutting off their health care access as a way to punish them for defying rules you wrote invoking authority you gave yourself. But that makes you an asshole of the first order. But it still doesn't mean it's not health care.