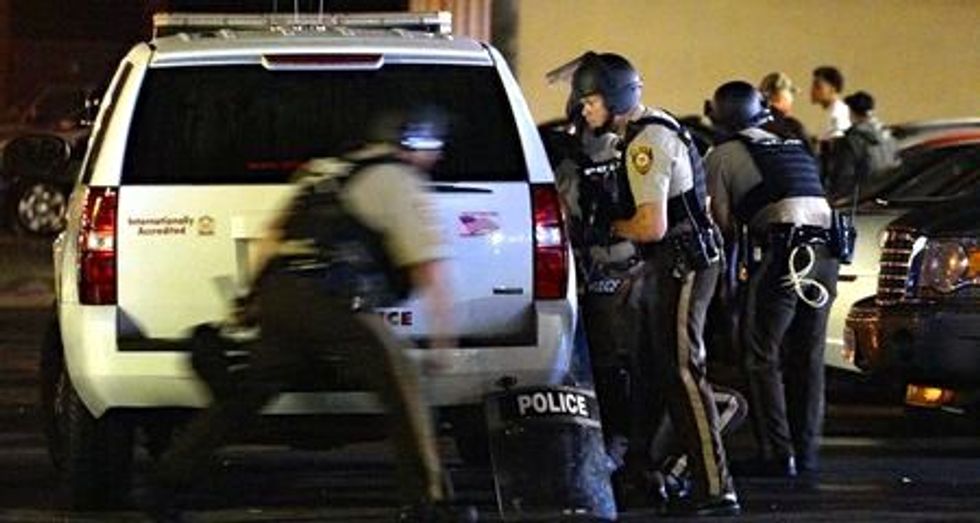 A police officer runs to take cover after shots were fired in a police-officer involved shooting in Ferguson, Missouri August 9, 2015. REUTERS/Rick Wilking

St. Louis County issued a state of emergency for Ferguson, Missouri, on Monday, citing violence in the city on the anniversary of the shooting of unarmed black teenager Michael Brown by a white officer.

"The recent acts of violence will not be tolerated in a community that has worked so tirelessly over the last year to rebuild and become stronger," St. Louis County Executive Steve Stenger said in a statement.

Prosecutors on Monday charged an 18-year-old black man with assault on police officers in Ferguson after an exchange of gunfire the previous night.