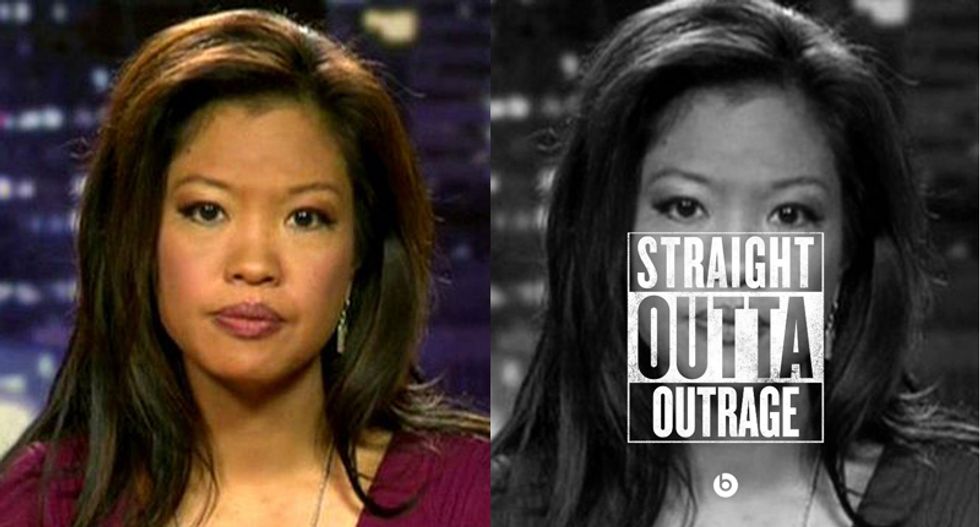 Over the weekend the N.W.A. biopic  "Straight Outta Compton" did boffo business, taking in over $60 million domestically without any incidents. This no doubt was met with despair by the chimps with keyboards at idiocy aggregator Twitchy who burned the midnight oil pulling together black-on-black crimes statistics -- just in case and because they care.

Even if you didn't go see the movie this weekend you may have helped make it a success if you unwittingly took part in a viral marketing campaign the studio put together.

In her drolly titled "Straight Outta Whitewash" column, Michelle Malkin -- the Imperator Furiosa of the irrationality and spittle set --  claims you may have "spread the poison" of the real racism by using a fun little web toy.

Here's how the poison is spreading. A savvy marketing team at Universal/Comcast Corp. developed a web toy that allows social media fans to customize the theatrical poster logo for the media giant's new biopic, "Straight Outta Compton." Hundreds of thousands of clueless users have uploaded photos of themselves and substituted "Compton" with the names of their hometowns.

And America burned to the ground as foretold in the Book of  Turner Diaries. The end.

According to her a bunch of celebrities are contributing to America's downfall -- and not just the Kardashians and Will Smith's awful children doing it this time:

Jennifer Lopez, Serena Williams, LeBron James and Ed Sheeran are among the celebrities who helped make the meme go viral. Youth vote-pandering GOP Florida Sen. Marco Rubio jumped on the cultural bandwagon, too, with two obsequious messages on Twitter featuring the hashtag "#straightouttacompton." It's a publicity coup for rappers-turned-multimedia moguls Dr. Dre (Andre Young) and Ice Cube (O'Shea Jackson) as they pimp the movie -- named after their breakthrough 1988 album -- glorifying the rise of their band N.W.A. (Niggaz Wit Attitudes) and the hardcore gangsta rap genre.

It is worth noting that someone in the U.S. still uses the term "gangsta rap" while presumably flashing gang signs like this lady. Also too: nice job of slipping "pimp" into that stellar reportage.

So -- to be clear -- if you went to StraightOuttaSomewhere.com and made one with a photo of your baby that read "Straight Outta Diapers" or one of yourself with "Straight Outta Condoms" (Bristol Palin only) you are now a stone cold killer and every time someone sees your little gang sign photo, another gang member "pops a cap in someone's ass."

And when I did this with my "dawgs" : 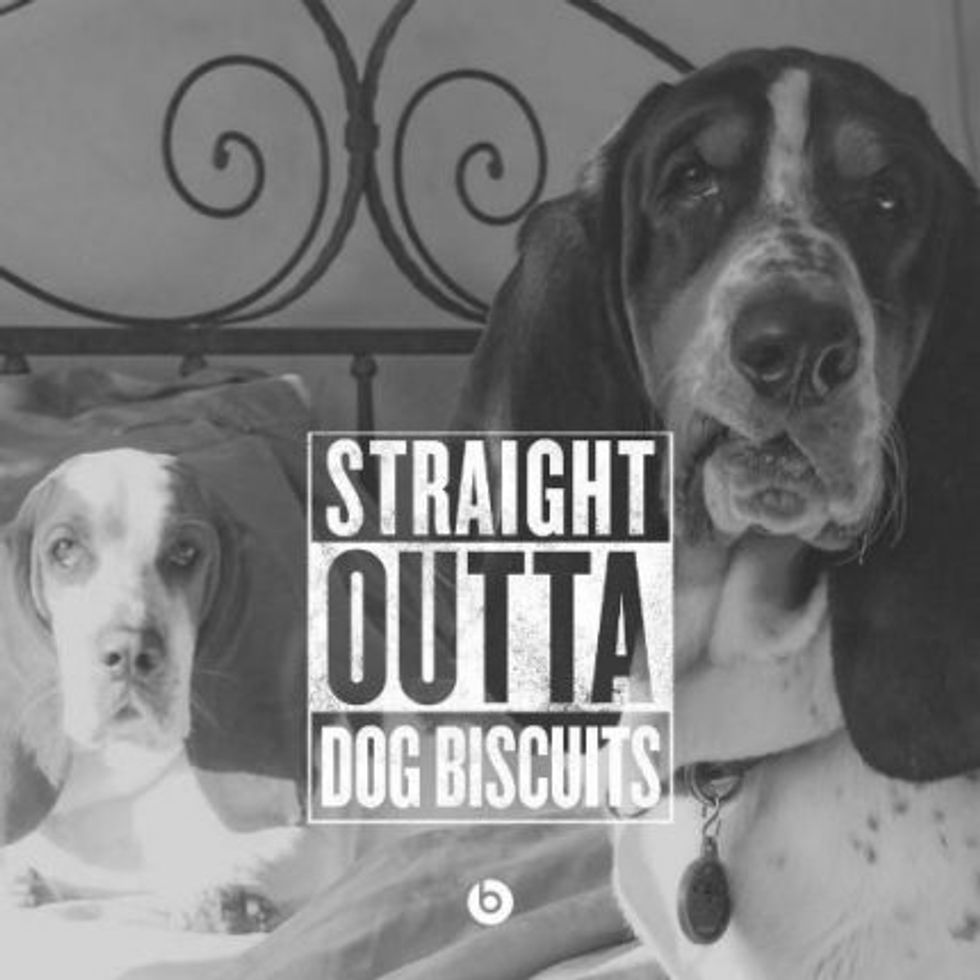 I wasn't being even more whimsical and delightful than usual -- if that is at all possible.  I was basically saying: "Fuck the Police."

Malkin -- who knows a thing or two about racism  -- finds irony and fun a bridge too far, just like all those times when she gets the angry poops after seeing someone wearing a Che t-shirt.

One would think Malkin would be fine with "cultural appropriation," since she once put up a fuss because she claimed she was being 1st Amendment-censored from using the expression "thug thizzle." Presumably this glock-blocked her from a career as "gangsta rapper" MC Rage Imp, and we are all the worse for that...

You guys didn't seriously think I would skip bringing that up. Pfffft.

Needless to say, every time someone uses the "Straight outta ..." meme generator it helps the movie out and enrages Michelle Malkin. And far be it from me to suggest that people do a Google search for Michelle Malkin images (that is NOT her in the bathing suit, you guys) and then go here and meme the bejesus out of them -- spreading them far and wide on the Internet (#StraightOuttaMalkin)  where they will last FOREVER.

But should that idea suddenly occur to you out of thin air -- well, have fun with it, make it a family project and spend time with your kids so that they may remember it fondly on that day in the near future when they will dump you off at an assisted care facility with your clothes in a garbage bag.

Just no racist or sexist ones, please. Unless, of course, you're auditioning for a spot in the Trump campaign or a job at Breitbart.com

Not that there is any real difference.