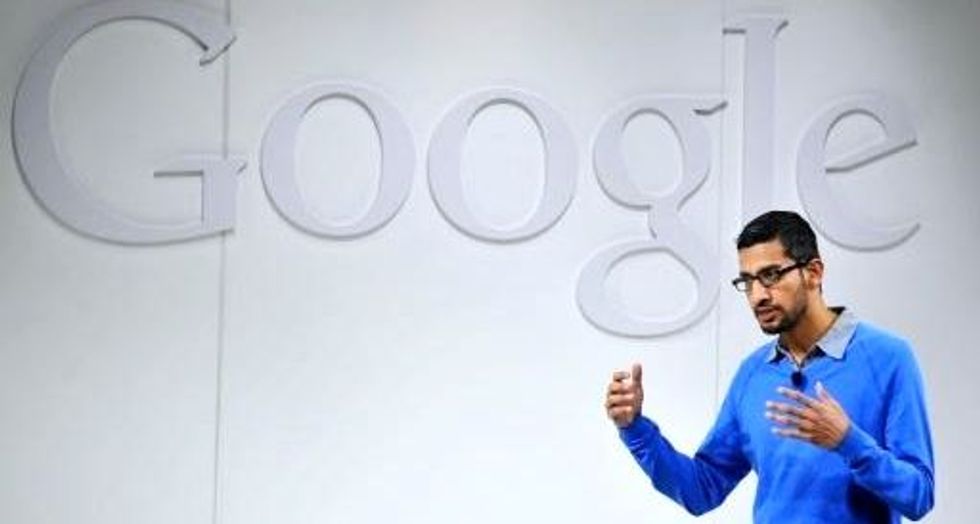 His name may not ring a bell, but chances are you know some of the products Google's new CEO, Sundar Pichai, has worked on, including the Chrome browser and Android mobile operating system.

Pichai will oversee the biggest company under that umbrella, which will still be called Google and will continue to include some of Google's best-known products, including its search engine, ads, maps, apps, YouTube and Android system.

Alphabet will be run by Google chief Larry Page, who showered praise upon Pichai, the current senior vice president of products.

"I feel very fortunate to have someone as talented as he is to run the slightly slimmed down Google and this frees up time for me to continue to scale our aspirations," Page said in a blog post.

He said he was impressed with Pichai's "progress and dedication to the company" and promised to continue to groom him, who has been at Google since 2004.

"I have been spending quite a bit of time with Sundar, helping him and the company in any way I can, and I will of course continue to do that."

In his current role, Pichai oversees product management, engineering and research for Google's products and platforms, according to Google's filing at the US Securities and Exchange Commission.

Before that, he was SVP of Google Android, Chrome and Apps, working on consumer products "used by millions of people," the filing said.

Pichai was part of the team that launched the Chrome browser in 2008 and, prior to that, worked on various search products, including Google Toolbar, Desktop Search, Gadgets, and Google Gears and Gadgets, according to Business Insider magazine.

Before joining Google, Pichai worked as an engineer at manufacturer Applied Materials, followed by a stint in management consulting at McKinsey & Company, according to Business Insider.

US media described him as soft-spoken, little-known, and a long-time right-hand man to mentor Page.

Originally from Tamil Nadu province in southeast India, Pichai received a Bachelor of Technology from the Indian Institute of Technology Kharagpur.

He also has a Master of Science from Stanford University and a Master of Business Administration from the Wharton School of the University of Pennsylvania.

Page said Pichai is the man to steer the Google ship in the coming years, as it continues to innovate and expand its product base.

"Google itself is also making all sorts of new products, and I know Sundar will always be focused on innovation and continuing to stretch boundaries," he said.

"I know he deeply cares that we can continue to make big strides on our core mission to organize the world's information."

On Tuesday, NJ.com reported that a New Jersey grand jury has declined to bring charges against a state trooper who killed Maurice Gordon on the freeway two years ago.

"A state grand jury voted not to file any charges against New Jersey State Police Sgt. Randy Wetzel who fired six shots into Gordon’s torso during a confrontation after a traffic stop on the highway on the morning of May 23, 2020," reported Joe Atmonavage. "Gordon, 28, was unarmed." He was also struggling with mental health issues.

Republicans are standing by Rep. Elise Stefanik of New York who has received harsh criticism over the racist conspiracy theory that was allegedly cited by the gunman as motivation.

Kimberly Guilfoyle, the former advisor to President Donald Trump's failed re-election campaign who later become engaged to his eldest son, is hawking steaks for a meat delivery service whose Better Business Bureau (BBB) accreditation has been revoked. In online reviews, customers allege that the curated meat boxes from Good Ranchers, which may cost hundreds of dollars, are not only a "rip off" but also sometimes never arrive.

On May 15, Guilfoyle uploaded a video of herself standing over a smoking indoor grill, flipping thin cuts with little visible marbling over the flames. "I'm here with these beautiful steaks from goodranchers.com," she says. "And this is the way you show your family you love them — by buying this meat that is born and raised here in the United States."