Tenant vows to fight landlord's order to take down Confederate flag: 'He is trying to take my freedom of speech' 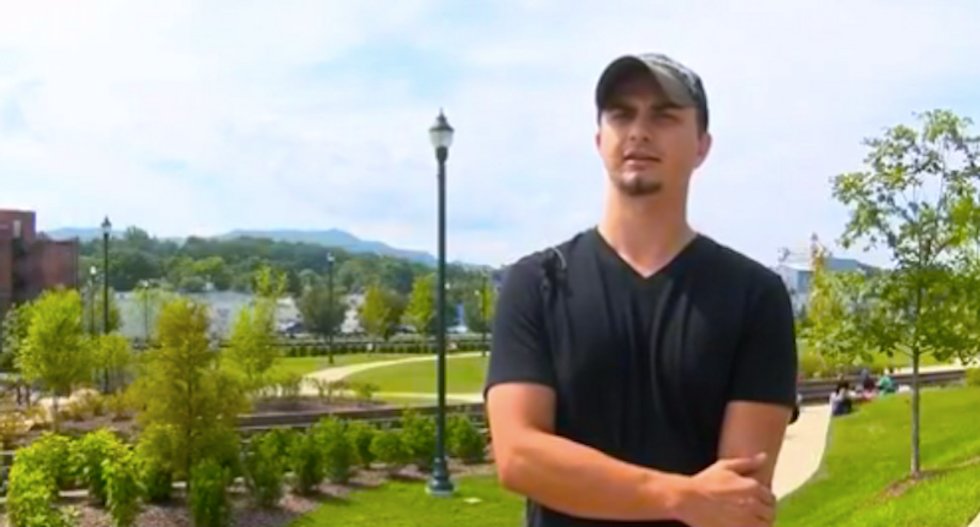 A Tennessee man vowed to fight his landlord's order to take down the Confederate flags flying from his pickup truck.

Thomas Reed, who rents a town home in Johnson City, said he received a letter from the property manager notifying tenants that they were not allowed to display the flag, reported WJHL-TV.

The letter notes that the display makes some residents uncomfortable and had prompted at least one tenant to move out -- but Reed says he's the real victim.

“I feel like he is trying to take my freedom of speech,” Reed said.

A legal expert told the TV station that Reed's free speech was being limited by the order, but he said the tenant's constitutional rights were not violated.

“What it boils down to then is a private contract dispute, (so) the question simply becomes what does the lease say,” said Stewart Harris, a professor at Appalachian School of Law.

The letter notes that Confederate flag displays violate two rules -- one prohibiting loud noise and the other prohibiting any activity that may endanger others on the property -- stated in the lease that each tenant had signed.

Reed, along with at least one other tenant, said he intended to file a lawsuit to fight the order to take down two Confederate flags, one of which reads "heritage not hate," flying from the back of his pickup.

“I guess he just assumed that we would take down the flag, lay down, and do what we are told -- but I wasn’t raised that way,” Reed said.