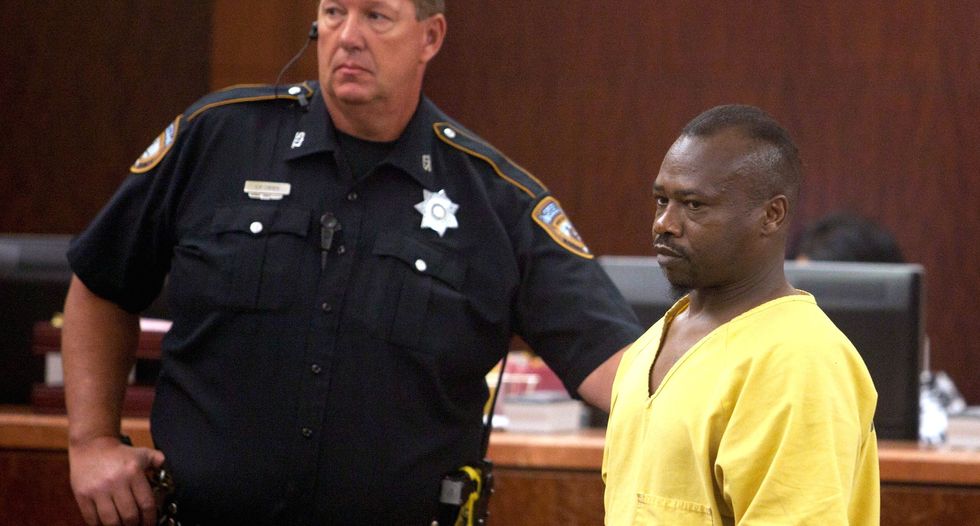 The Texas man accused of killing eight people, including his son and an ex-girlfriend, during the weekend in a Houston-area home was formally charged on Monday with three counts of capital murder, a crime punishable by death.

District Attorney Devon Anderson said her staff will take three to four months to decide whether to seek the death penalty for David Conley but added, "At this point, it's a no-brainer."

Conley, 48, wearing a yellow Harris County Jail uniform and with his hands cuffed in front of him for his court appearance, quietly answered "yes" when asked to confirm his identity at a hearing.

Assistant District Attorney Alycia Harvey said Conley, who does not yet have an attorney, has made a statement to authorities about his relationship to the victims, who included two adults and six children between the ages of 6 and 13.

She said the dead included Conley's son, Nathaniel Conley, 13, and the boy's mother, Valerie Jackson. Conley was outraged that Jackson had changed the locks on her home, preventing him from getting inside, prosecutors said.

Each of the three counts of capital murder can cover multiple offenses.

Conley slipped into the home through a window, tied up eight people - Jackson, her husband, and the six children - and shot them all in the head, according to the indictment.

After a standoff with sheriff's deputies who went to the house after a relative of one of the victims asked for a check on the family's welfare, the suspect opened fire on officers when they entered the home.

Conley, who has a long history of violent crimes, was ordered held without bond at a hearing Sunday and will remain in the Harris County Jail.