Texas secessionists launch petition drive for vote to break away 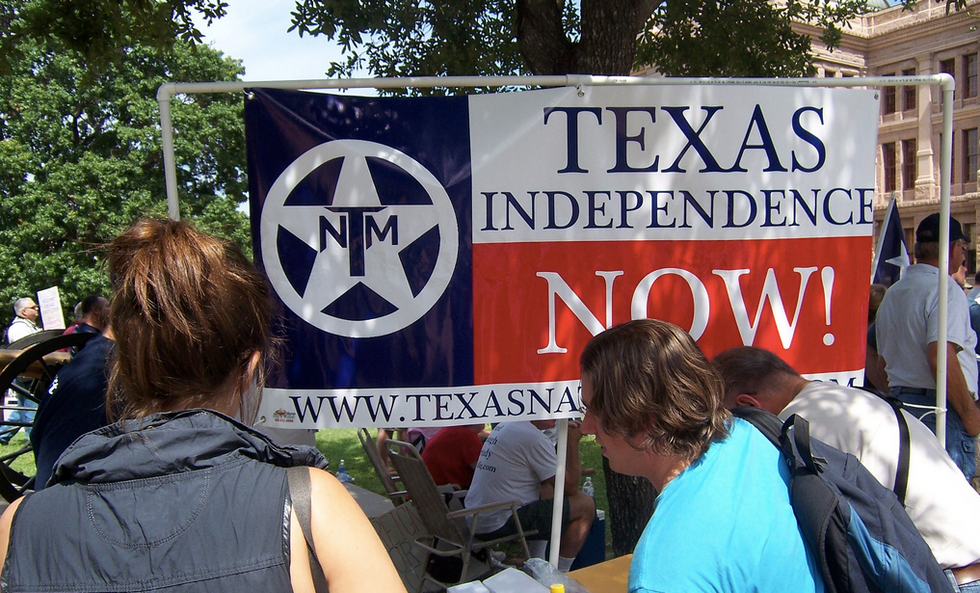 A group called the Texas Nationalist Movement fanned out to 31 cities across Texas this weekend trying to gather the 75,000 signatures they say they need to get the question of the state's secession from the United States on the primary ballot next spring.

Texas is one of only two U.S. states, the other being Hawaii, that were once internationally recognized sovereign nations, with diplomatic ties to other countries. Although legal experts said it would be unconstitutional for Texas to break away via a primary vote, there is still a spirit of Texas independence among many in the Lone Star State.

"What we are seeing, over and over, is this complete disconnect between the people of Texas, what they want, and what is going on in Washington, D.C.," TNM President Daniel Miller told Reuters.

"The people of Texas don't have anything against the United States, they are just tired of being governed by bureaucrats we didn't elect pushing programs we don't want."

He compared Texas to Scotland, which narrowly defeated a proposal to secede from the United Kingdom last year, and Catalonia, which is pushing to hold a vote on independence from Spain this year.

"We are living in the era of the right of political self-determination," Miller said.

But there is one rather big problem, according to T. Gerald Treece, a professor at South Texas College of Law in Houston and an expert on Constitutional Law.

"That problem is the Civil War," Treece said.  "When Texas and the other Southern states were re-admitted, each of them made a solemn promise that they would never leave the Union again."

Treece said there are some legislative options available to the Texas Nationalist Movement, short of another civil war.

Many states have discussed leaving the Union over the last century, but the talk has been louder in Texas, with some Republicans, including former Governor Rick Perry, floating the idea of secession.

Texas would certainly have the clout to become influential on the world stage as an independent nation, with a $1.4 trillion-a year-economy, about the same size as South Korea's.