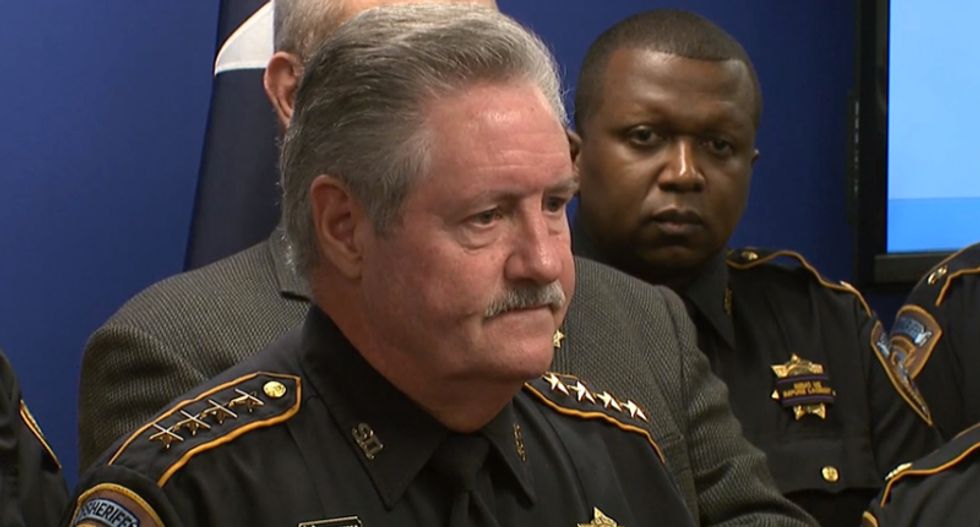 During a tense press conference updating the status for the search for a man who shot and killed a sheriff's deputy execution-style, a Texas sheriff blasted the "national rhetoric" of Black Lives Matter saying "drop the qualifiers -- lives matter."

Police have taken an unidentified man into custody, suspected of shooting Deputy Darren H. Goforth, 47, from behind before shooting him repeatedly as he lay on the ground at a Texas filling station.

Speaking with the press, Harris County Sheriff Ron Hickman said,"We will hunt this person down and do our best to bring this person to justice,"  before turning to what he and the deputy district attorney called "the dangerous national rhetoric that is out there today."

"Our system of justice absolutely depends upon law enforcement to be present to protect our community," He said. "So ay any point when the rhetoric ramps up to where calculated, cold-blooded assassinations of police officers happen, this rhetoric has gotten out of control."

"We've heard black lives matter, all lives matter. Well cops lives matter too. So why don't we just drop the qualifier and say 'lives matter' and take that to the bank."