The next Bundy Ranch? Militia groups flock to Montana to square off with feds over mining dispute 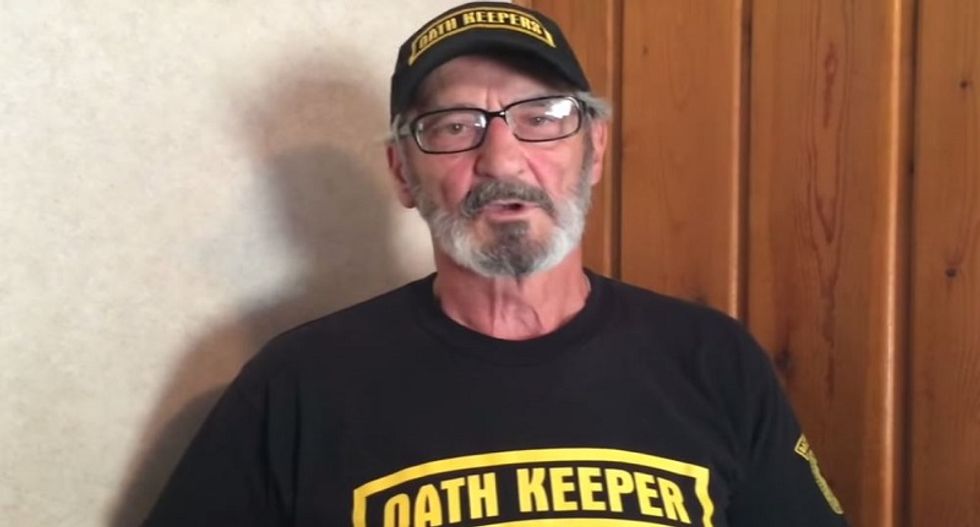 The armed militia group best known for hunkering down at Bundy Ranch during a grazing dispute with the federal government has now occupied a mine in Montana that is also at odds with the feds.

The Oath Keepers, a camouflage-wearing, weapons-brandishing group of former military and law enforcement personnel who vow to disobey laws they believe to be unconstitutional, have descended on Lincoln, Montana. They came at the request of owners of White Hope Mine, who are upset that the Forest Service is making them remedy safety issues on the mine, according to the Independent Record.

Documents obtained by the Record show the mine operators built a shed on the property without permits, explosives were stored, firewood was cut and they didn't have an approved operations plan for surface disturbance. Two plans were submitted and rejected, and the mine hasn't had one approved since 2014.

According to a press release on the Oath Keepers' website, there are three militias involved in what they are calling "Operation Big Sky," including the Pacific Patriot Network and the three percenters -- a group named for the three percent of Americans who fought the Revolutionary War.

The "mission" is "to ensure the mining claim owners 4th & 5th Amendment Constitutional Right’s are not violated and to prevent further unlawful action by the United States Forest Service.," the release reads.

"The USFS has no legal standing or precedence for their recent actions, but has taken it upon themselves to require unnecessary permits, enacted stalling techniques, made threats of arson, and strong arm tactics to coax a generation of older miners to submit to unlawful authority, preventing them from working their rightful mining claim," the Oath Keepers release reads.

But Forest Service officials said no threats have been made against the miners, and their goal is to remedy the permit issues so that mining can continue. They have met with the mine owners, George Kornec and Phil Nappo, and believed they were on track.

"So why they have these other people up there is a mystery to us,” Bill Avey, Helena and Lewis and Clark national forests supervisor, told the Record. "At this point we still believe based on this meeting and what they indicated to us on July 30, they were going to submit a new plan and make this work, and that’s where we want to go."

Concerned Lincoln residents have been calling police upon seeing the armed, camo-wearing men around town, authorities told the Record.

In April, the Oath Keepers showed up at the request of the owner of the Sugar Pine Mining Claim in Oregon, who feared Bureau of Land Management officials would destroy his property before he was able to remedy permitting issues.

The scene turned into a circus when armed volunteers streamed in and started setting up camp, believing the situation was heading for a "showdown" with the BLM.

"We don’t need any more volunteers, we’re not under attack, this is not the Bundy Ranch," co-owner Rick Barclay had said.

On Thursday, Oath Keeper leader Joseph Santoro put out a "general call to action for all American patriots to support this operation." Volunteers are needed for security, medical and communications and should prepare to spend one week camping at the site, Santoro said.

Santoro told the Record that members of the operation are vetted to weed out "crazies."

"We work with any militia group that is willing to work with us, and what we do is to ensure they’re not crazies," he told the paper. “Because we know there are some folks like that in the militia groups that just want to pull the trigger on somebody, we vet them, make sure we don’t get felons or people that just want to shoot a policeman or authority figure."