The Pentagon is still searching for lost WWII veterans 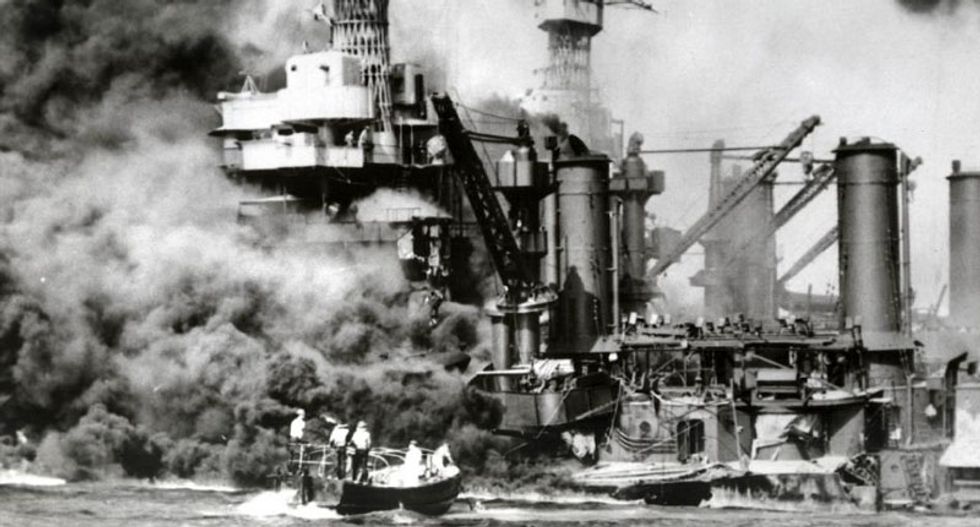 The Defense POW/MIA Accounting Agency have taken on a project to exhume 388 sailors and Marines who were killed at Pearl Harbor on December 7, 1941 (AFP Photo/National Park Service)

Long dead but little forgotten, US soldiers who disappeared across the globe during World War II are being reunited with their loved ones in a dogged push to find and bring home their bodies.

From the forests of Germany to the jungles of Papua New Guinea, US experts employed by the Defense POW/MIA Accounting Agency -- among them historians, archeologists and forensic experts -- are the main sleuths.

When recovery of a body is possible, the Pentagon specialists turn the remains over to an ultra-modern lab in Hawaii for identification and then wait for the ultimate reward: bringing the bereaved back together with their long-lost relatives.

Stephen Johnson, a historian-investigator, recalled how a delighted woman, whose father had been found in a German forest, exclaimed: "You gave me back my daddy."

"I think of her when I work on a case," Johnson said.

The woman, now a mother and grandmother, "had come to peace" after finding out the exact fate of her father, who died when she was 18 months old, Johnson said.

Sandi Jones, who lives in Montana, said she felt immense joy when the agency called her in June 2014 to say that her uncle had been found 70 years after his plane went down in the jungles of Papua New Guinea.

"I was flabbergasted," the 60-year-old said.

The uncle, whose photo Jones kept even though her grandparents refused to speak of him, was buried near the family ranch with honors in the presence of US Air Force officials.

The agency also gave the family his Masonic ring, which was discovered among the crew and deduced to be his since he was the only member of a Masonic Lodge.

Johnson said the willingness to return a soldier at any cost dates back to the nation's birth.

"You don't stop being a member of the US military because you die," he added.

It is this logic that has driven the POW/MIA agency to take on a project to exhume 388 sailors and Marines who were killed aboard the battleship USS Oklahoma at Pearl Harbor on December 7, 1941.

At the time, remains of most of the crew could not be identified after spending weeks in the water, and the bodies were interred at the National Memorial Cemetery of the Pacific in Honolulu.

Now the agency hopes to identify remains through dental and DNA analysis -- a daunting task considering that the bones are mixed together, Johnson said.

The agency, which uncovers around 70 bodies a year, has fallen short of Congress' goal of 200 bodies annually.

Meanwhile, private associations are aiding in the effort.

History Flight, whose multi-disciplinary team includes historians, archeologists and soil specialists, is searching for the remains of several dozen Marines on the Tarawa Atoll in Kiribati, from the war's Pacific theater.

The quest began in 2007 and has cost nearly $1.5 million, according to History Flight president Mark Noah, who decided to search for the missing planes after becoming interested in lost flights.

"For us, it's a humanitarian issue" said Noah, an airline pilot for 50 years, explaining that many of the children and relatives of the disappeared are still alive.

Just over 73,000 US World War II soldiers are still missing or unidentified according to official figures.