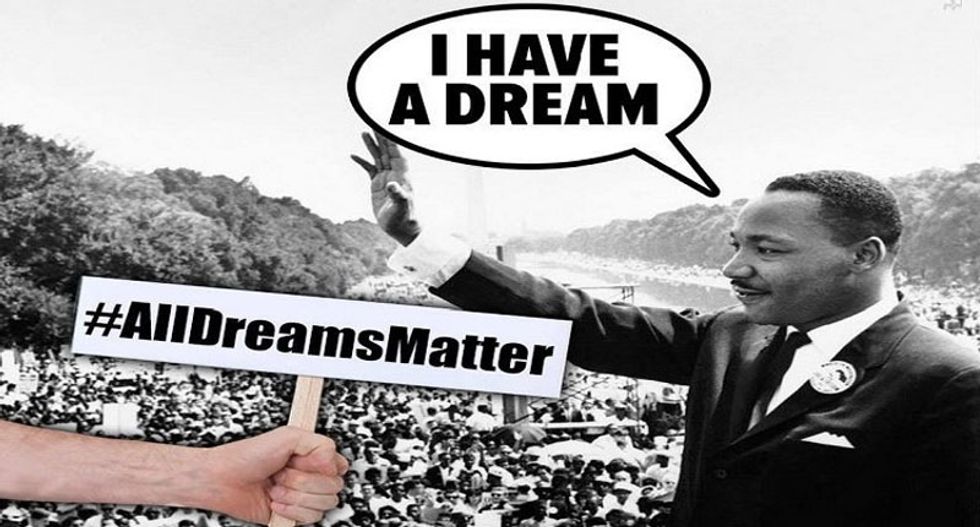 First they interrupted progressive Sen. Bernie Sanders (I-VT). This week, they turned their sights on the conservatives. On Wednesday, they forced GOP contender Jeb Bush off the stage.

When the activists started chanting "black lives matter," some of Bush's supporters began chanting "all lives matter" and "white lives matter" in response, Think Progress reports. It is a retort that Black Lives Matter activists have frequently been subjected to.

But retorting "all lives matter" is not only ignorant and insensitive, it doesn't make any sense. In historical context, "black lives matter" is meant to counteract the fact that black lives have been devalued in the United States since its founding.

As explained in one photo, this is what's wrong with "all lives matter."