'This isn't right': New York City rape victim blasts police who asked if she was a drunk 'party girl' 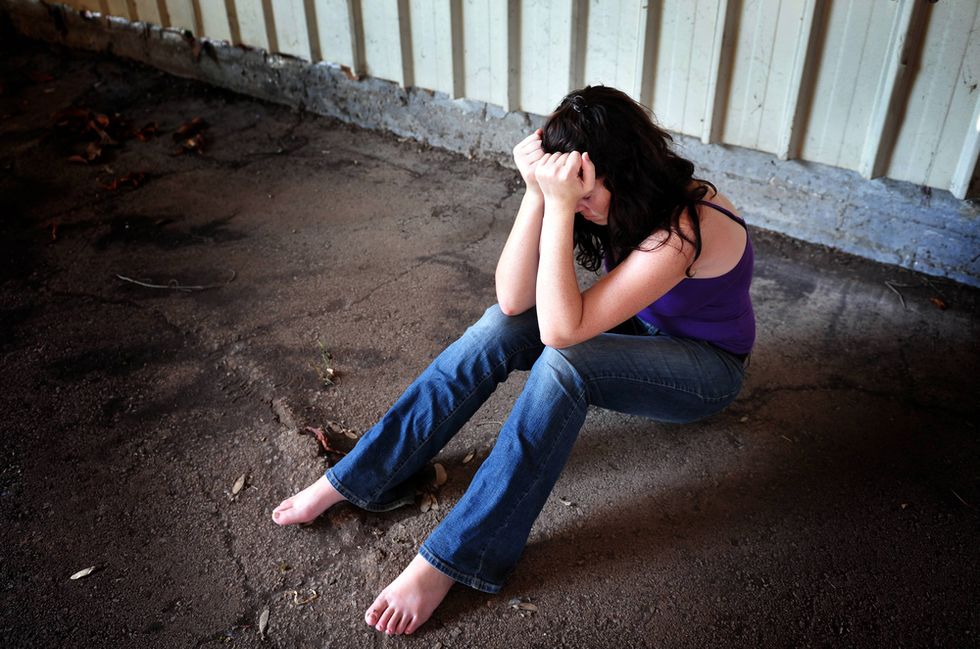 A woman who was sexually assaulted at a bar on New York City's Lower East Side says that the police have been condescending and unhelpful, so now she is going public in order to help other women who have been silently suffering in the wake of a sexual assault.

"Every woman I know in my life has been a victim of violence, sexual or otherwise, at the hands of men," said Pepper Ellett to Gothamist.com. "These crimes are so visible, and with sexual violence you're made to feel this stigma and shame and it keeps people from healing. It just perpetuates the problem. I feel compelled to say, this isn't right."

Ellett, who is 25 and works in a gallery in Chelsea, said that she was out with friends last Tuesday night when they arrived at The Happy Ending, a bar on Broome Street. At one point, she went to the restroom, where she says a male employee of the bar followed her and sexually assaulted her.

She said that she believes that she was drugged due to the fact that she remembers very little of her time at the bar. That night, she said, she drank very little because she knew she had to work in the morning.

Furthermore, she said, "I have primarily dated women, I don't see myself going into the bathroom with a man in the first place."

A friend of Ellett's alerted the bar's staff because she was concerned that something violent appeared to have happened to Ellett in the restroom. When confronted, the male employee in question fled the premises.

The next morning, she went to Lenox Hill Hospital and had a rape kit administered. Nurses found that was suffering injuries consistent with a sexual assault.

Then, however, she had to speak with the police, three male officers, two of whom, she said, were "in training."

"One of them just kept asking me, 'Why don't you remember?' And the nurse had to step in and tell him, 'Well, that's normal for trauma victims to block out the event, it hasn't even been 24 hours,'" Ellett told Gothamist. "But he said, 'That just doesn't make any sense. Maybe you're a party girl. You know regrettable sex is not the same as rape.' You think I'd choose to be here in the hospital? Do you see the bruises all over me?"

Her description of what she does remember about the incident is horrifying.

Having to recite her story repeatedly to openly skeptical police officials was a humiliating and degrading ordeal, Ellett said.

"I had to keep retelling my story to a dude who didn't even care, and who kept asking me to prove that I wasn't some whore who forgot that I said that this guy could have sex with me," she recounted.

She was then taken to the city's Fifth Precinct headquarters where five more male police officials interrogated her.

"[The officer] said, 'Maybe you led him to believe it was okay in some way?' I kept repeating myself and I got so frustrated. He told me, 'If it's his word against yours it's gonna be years of an uphill legal battle, a lot more strife.' He was basically deterring me from doing anything about it. I just asked him, 'Well isn't rape a crime? Isn't it a felony?'" she said.

Happy Ending claims to have reviewed surveillance video of the incident and fired the employee immediately. However, the bar refused to say whether the company has handed the video evidence over to police.

"In May," wrote Gothamist's Christopher Robbins, "Happy Ending's manager Teddy Perweiler, was arrested for assaulting his ex-girlfriend, Julia Fox, in the bar. Perweiler, who runs the club with Stumm and Max Levai, later took an ACD in the case."

Fox told Gothamist, "The lack of security in there, it's just not okay. They should have replaced their security in there after the first incident. They didn't, and that's why this happened again. They're misogynists, they don't understand."

Meanwhile, Ellett has published a detailed account of the assault of Facebook. She said that since then, she has been flooded with responses from other women who have been secretly carrying the burden of their own sexual assaults.

"They were raped in the military, or raped ten years ago, or some people are like, 'I told the cops and they told me to go home,' or their families toss them out. It's so much to take on, and I don't know what the resolution is. This isn't some sociopath that's out there, this is the norm, there are conditions that allow this type of thing to happen. What are those conditions? What makes men feel entitled to women's bodies?" she said.