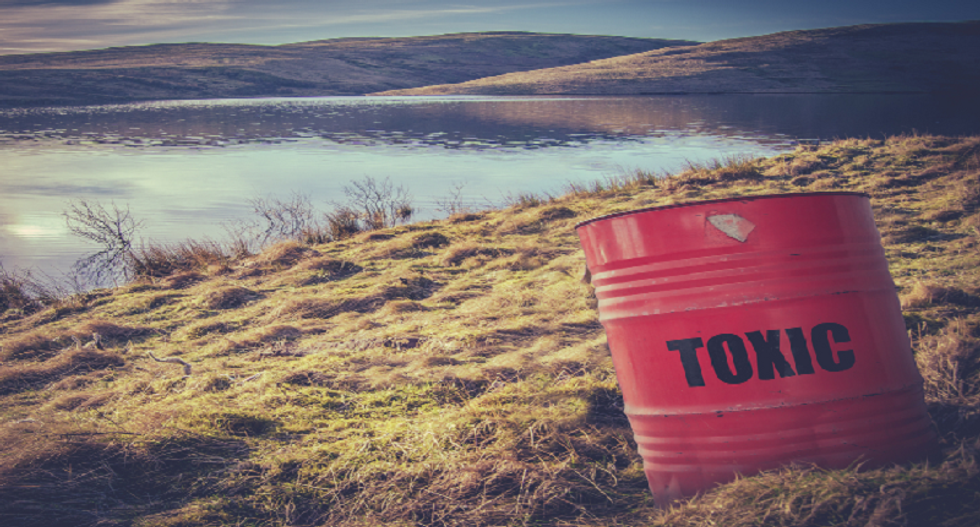 A contaminated plume of waste water accidentally released from a Colorado gold mine by U.S. environmental agency workers has spread downstream and reached northern New Mexico, officials said on Saturday.

Utilities for the New Mexico towns of Aztec and Farmington have shut out river water from their systems to prevent contamination from the plume, which reached the state line between Colorado and New Mexico on Friday, said Michele Truby-Tillen, spokeswoman for the San Juan County, New Mexico, office of emergency management.

The spread of the plume into New Mexico represented a new danger for authorities as they seek to control the spill.

About 1 million gallons (3.8 million liters) of orange-hued waste water that had been held behind a barrier at the abandoned Gold King Mine spilled after a breach on Wednesday into Cement Creek, and then flowed into the Animas River, U.S. Environmental Protection Agency officials said.

Workers in an EPA crew, who were sent to the mine near Silverton, Colorado, to deal with a previously existing problem of seepage, were excavating loose material when some gave way and created an opening in the mine tunnel that sent waste water spilling out, EPA officials said.

Dissolved metals were found in the plume, but lab results are pending to determine the exact levels of possible contaminants, EPA officials told reporters on a conference call on Saturday.

Shaun McGrath, administrator for the EPA's Denver-based Region 8, acknowledged on the call that the agency did not immediately notify communities downstream.

"When the event happened on Wednesday, the people on the ground misinterpreted, misread the severity of the impact," he said. "We misjudged, and this is something that I'm owning up to."

The EPA has been building settling ponds to catch and treat the waste water with caustic soda and flocculent, officials said.

In Colorado, a water utility for the city of Durango shut out river water to prevent contamination, said David Ostrander, an emergency response director for the EPA.

The plume traveled down the Animas River and reached the San Juan River at the junction between the two waterways in New Mexico, Truby-Tillen said.

Farmington has a 90-day supply of clean water and Aztec has enough for 30 days, she said.

Officials have not reported any deaths to wildlife from the spill or any illnesses due to contaminants among people in the region.