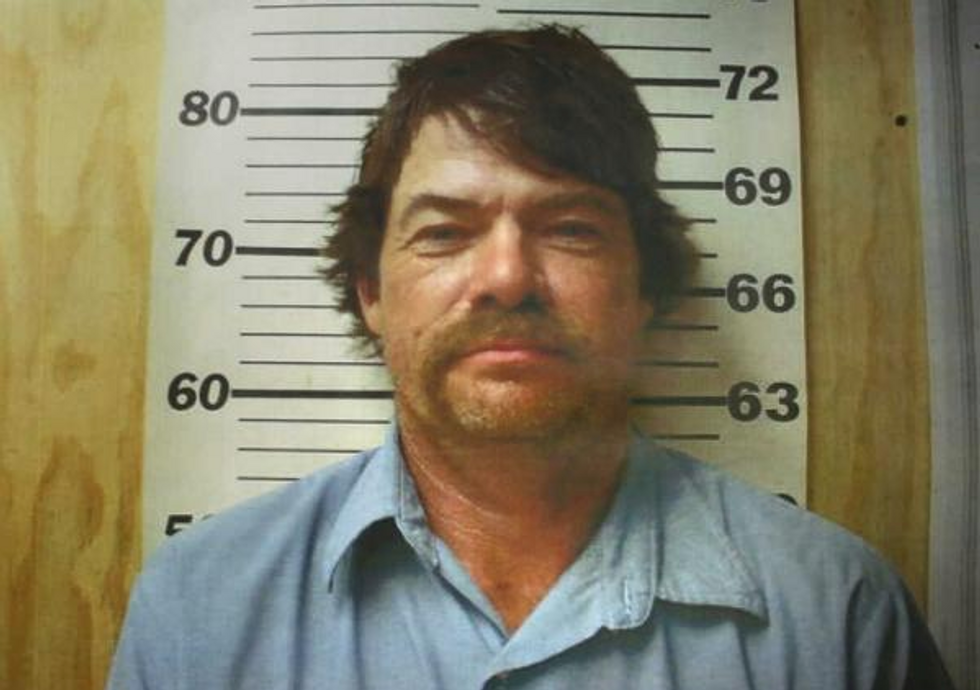 Kansas Republican Gov. Sam Brownback's brother is reportedly living a completely lawless existence in one conservative county in the state, terrorizing his neighbors and openly flouting the law.

According to the Topeka Capital-Journal, Jim Brownback is known by his neighbors and residents of Linn County as a trigger-happy bully who uses his famous last name to get his way and avoid the consequences of his actions.

Locals fear him, said Carpenter, and many were reluctant to speak on record for fear of reprisal in one of Jim Brownback's campaigns of so-called "neighborhood terrorism."

Joann Peine, a Linn County social worker, filed suit seeking protection orders for stalking against Brownback and his stepdaughter in the culmination of a conflict that stretches back years. Her family's property abuts Brownback's and told the Capital-Journal that Brownback seems to get a ckick out of terrorizing her three sons and herself.

“He thinks he’s invincible,” she said. “He’s titillated by harassing us. He finds it funny.”

The genesis of the two families' conflict was in 2011, when one of Brownback's dogs attacked and mauled the Peine family's dogs, as well as a boar and sow in their barnyard. The dog had to be captured and euthanized by the Peines before it could inflict further damage.

When confronted, Brownback said that he had no idea who owned the pit bull, when in fact, the dog belonged to his stepdaughter, Kara Jo Earnest. Thus began a campaign of harassment and intimidation by the Brownback family.

Since then sporadic gunshots have run out in the woods between the properties. Someone dumped barrel of nails in the Peine's driveway and committed other acts of malicious mischief including the theft of their mailbox and the slaughter of the Peine's family dog, a black Labrador retriever.

Inspectors found Brownback and his family in possession of the explosive Tannerite, with which they would make homemade bombs with mason jars and cans, then shoot them, setting off explosions and fireballs between the two properties.

"It's legal," Brownback reportedly said to deputies about the bomb-making supplies. "It's legal."

Any time police or sheriff's deputies attempt to rein in Brownback, he reportedly threatens to bring down the wrath of his powerful brother's office and law enforcement has thus far always stood down.

The local sheriff has written off the conflict as an equal problem between neighbors.

“I’ve talked to Jim,” said Linn County Sheriff Paul Filla, a Republican and U.S. Marine Corps veteran. “I’ve had other friends talk to Jim that’s closer with him than I am. He just doesn’t get along with them. You know some people, if you talk to them, the hair on your neck goes up right away? I think that’s what’s happening between them. The Peines don’t like Jim and Jim don’t like the Peines. It’s a shared problem, I guess.”

In her complaint, Joann Peine said, "Gunfire toward and near our home has my children constantly in a hyper-vigilant state. I’m afraid they will kill me, my children or my animals -- either intentionally or by accident.”

A spokeswoman for Gov. Sam Brownback's office declined to speak with the Captial-Journal about Jim Brownback.

Jim himself told the newspaper that his famous name just attracts trouble-makers and that it's his cross to bear.

“We’re targets,” Jim Brownback said. “Sam says: ‘You’ve got to carry the baggage of the name. And, ask the Lord what to do first.’”

In October of 2012, the Peine family was attacked by a group of men in a four-door pickup that blazed past their house with guns firing.

“Before I started yelling at them,” she said, “they started shooting. I saw the flashes. I took off on a dead run.”

A number of spent shotgun shells were found at the end of the drive.

In another drive-by shooting incident, officers actually pulled over Brownback near the Peine residence and found him intoxicated and heavily armed.

An 18-month investigation of the incident came to nothing and was eventually dropped. All the evidence in the case, Peine said, was mysteriously "lost."