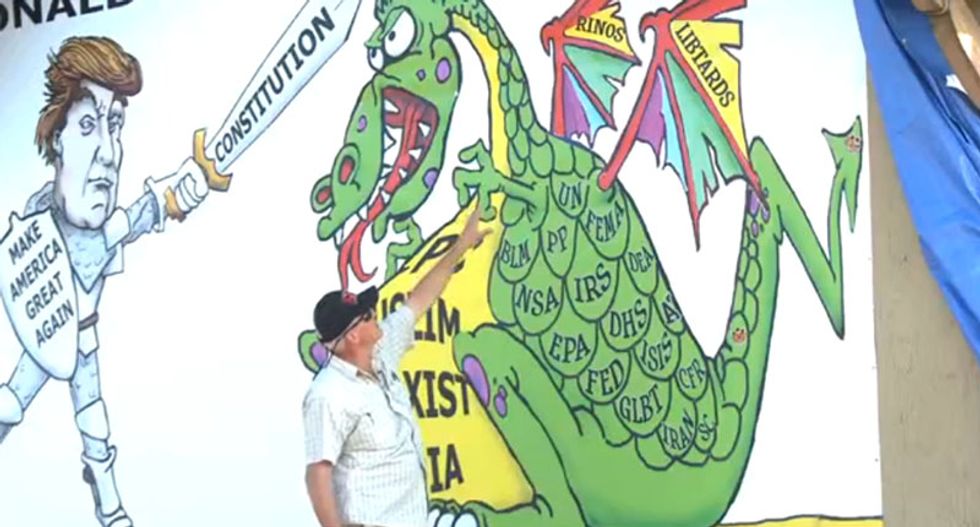 The billboard on Highway 50 in Grand Junction portrays the Republican presidential candidate and former reality TV star as a knight in shining armor, who is fighting a dragon with a sword named "Constitution."

The dragon is apparently meant to represent an amalgam of fringe conservative fears. The dragon's scales represent a number of federal agencies, including the BLM, FEMA, EPA, IRS, and DHS, along with the country Iran, the state of South Carolina, the organization Planned Parenthood, and LGBT people. The beast's wings are labeled "RINO" and "libtard," and its belly is labeled "PC MUSLIM MARXIST MEDIA."

Paul Snover, the cartoonist behind the image, told KREX NewsChannel 5 that people are too easily offended nowadays.

“The first amendment allows us to say such things and present such things, and I think we have been stifled many times and many ways with political correctness,” said Snover.