Trump tells O'Reilly: US has 'no choice' but to deport undocumented parents raising kids born here 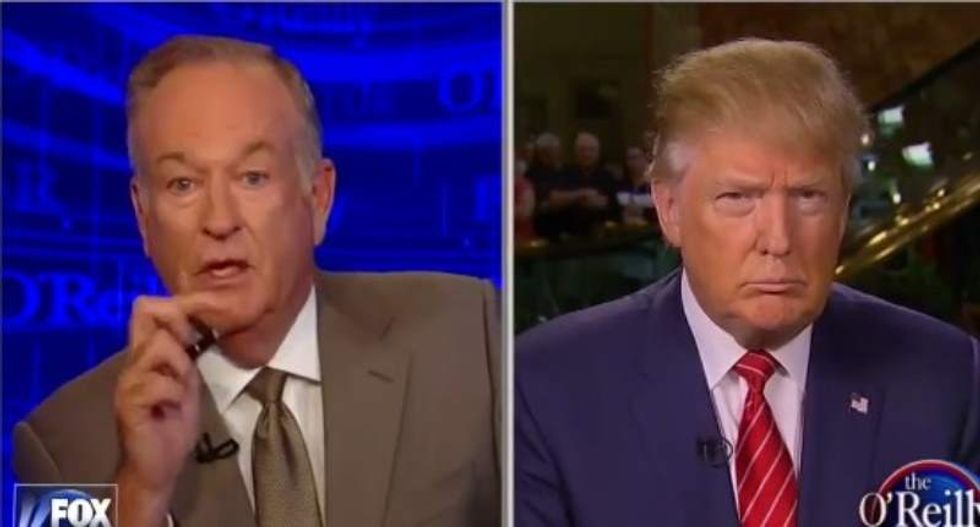 Fox News host Bill O'Reilly challenged Republican presidential candidate during an interview on Monday, questioning the viability of Trump's idea of deporting each of the country's 11 million undocumented immigrants.

"I don't believe it'll be done that way," Trump insisted. "It'll be done in a very humane way, and they'll come back in and they'll be legal and people will be happy and we'll have a country again."

O'Reilly opened the segment by asking Trump if he would instruct immigration officials to deport an undocumented couple who was raising two children born in the US.

"We have no choice," Trump said. "I'm sorry, Bill. We have to bring them out. And if they're wonderful people, which I'm sure they will be, and we have so many wonderful people, we'll bring them back in an expedited fashion. But we are a land of laws. We have borders. You said it -- they're illegal immigrants. They're not supposed to be here."

The Republican presidential candidate did not revisit his argument that the 14th Amendment's guarantee of birthright citizenship would not survive a legal challenge. But he also did not specify what would happen to the children of parents deported in that scenario, or identify the "expedited fashion" for bringing their parents back into the country.