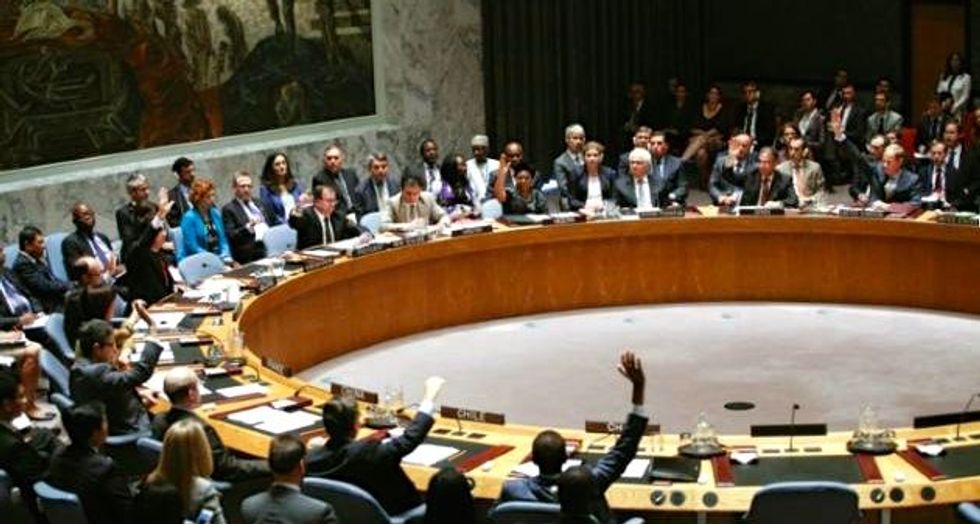 "It's historic," US Ambassador Samantha Power told reporters ahead of the meeting.

"It's about time -- 70 years after the creation of the UN -- that the fate of LGBT persons who fear for their lives around the world is taking center stage."

UN envoys were to hear accounts from Adnan, an Iraqi who fled northern Iraq after being targeted as gay and from a Syrian, Subhi Nahas, who escaped persecution and now works for a refugee organization in the United States.

Since July 2014, the Islamic State group has released at least seven videos or photos online that show the brutal executions of people accused of "sodomy," according to the International Gay and Lesbian Rights Commission.

Jessica Stern, the director of the commission, was also to address the meeting, hosted by the delegations from the United States and Chile.

The Syrian Observatory for Human Rights reported last month that IS fighters dropped two men from a building in the city of Palmyra and then stoned them to death.

In December, IS propagandists posted photographs showing jihadists throwing a man off a rooftop and then stoning him to death because he was gay.

Two men were stoned to death in Syria in November after declaring that they were gay.

The meeting was open to all United Nations member states interested in the plight of lesbian, gay, bisexual and transgender people but it remained unclear how many countries with anti-gay laws would attend.

The United States is leading an international coalition that has vowed to defeat the Islamic State group, which declared a caliphate in June 2014 after seizing the Iraqi city of Mosul.

The jihadist group now controls large swathes of territory in Iraq and Syria, and has gained a foothold in Libya, Yemen, Egypt and elsewhere in the Middle East.