'Vester was an unhappy man': Ex-colleagues recall Virginia gunman as 'quirky' and angry 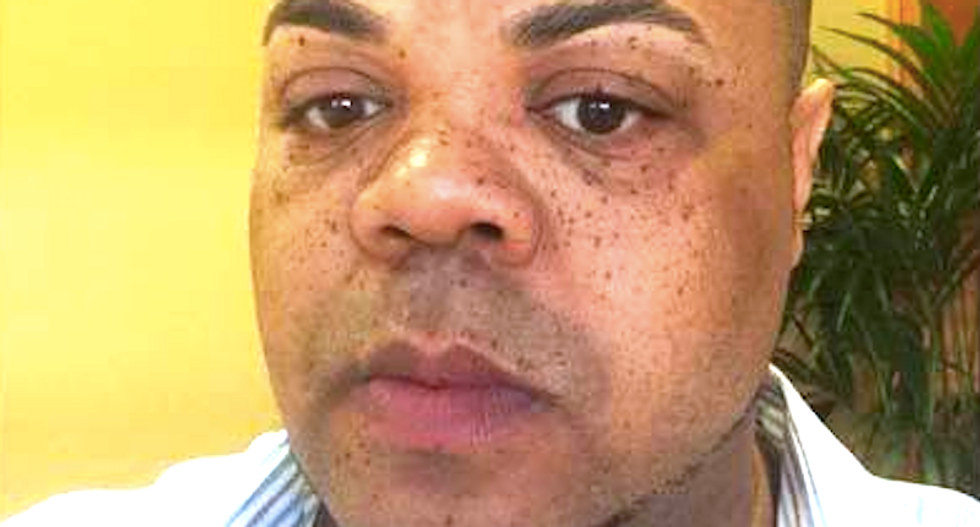 The gunman in the shooting deaths of two television journalists in Virginia on Wednesday was a veteran anchorman with a history of workplace grievances who had previously sued a Florida station alleging discrimination because he was black.

While authorities said they had not determined a motive, perceived racism appeared to be a factor in the shootings, according to posts on social media attributed to the shooter and a fax that ABC News said had been sent by the gunman.

Vester Flanagan, 41, who went on the air under the name Bryce Williams, was a former employee of WDBJ7 in Virginia, where both of the slain journalists worked. He shot himself as police pursued him on a Virginia highway hours after the shooting. Flanagan, who was African-American, died later at a hospital, police said.

Earlier on Wednesday, the journalists, who were both white, were shot dead during a live television broadcast.

Hours after the shooting, someone claiming to have filmed it posted video online. The videos were posted to a Twitter account and on Facebook by a man identifying himself as Bryce Williams.

The videos were removed shortly afterward. In one video, a handgun was clearly visible as the person filming approached the female reporter.

In the posts on the Twitter feed, he accused one of the victims of "racist comments," and noted that a complaint had been filed with a government agency that enforces discrimination claims.

In a 23-page fax ABC News said was sent two hours after the shooting, he cited as his tipping point the racially motivated shooting that killed nine black churchgoers in Charleston, South Carolina, earlier this summer.

Saying he had suffered racial discrimination, sexual harassment and bullying at work, Flanagan described himself as "a human powder keg," the network said.

Flanagan aired similar grievances in a 2000 lawsuit filed in U.S. federal court against a Florida station, WTWC-TV in Tallahassee. In that suit, he said a producer had called him a "monkey," and he accused a supervisor of calling black people lazy for not taking advantage of college scholarship opportunities.

The Florida case was settled and dismissed, court records show.

One of his former Florida colleagues remembered Flanagan as "quirky," but said he never displayed behavior suggesting he would be capable of such a violent crime.

"He had his idiosyncrasies, a little quirky sometimes," said Michael Walker, the weekend producer at the Tallahassee station when Flanagan was working as a weekend anchor. "It probably wasn't any different than any other on-air personality."

Walker, who is also black, said that he had not experienced discrimination at the station.

Flanagan, who accused the station of terminating his contract because he had filed a report of racism with a state agency, said in the lawsuit he suffered emotional distress and financial losses as a result of his treatment at the station.

The NBC affiliate, which stopped broadcasting newscasts in late 2000, said at the time of the lawsuit that his contract was not renewed due to "corporate belt-tightening," according to an article in the Tallahassee Democrat at that time.

The station confirmed Flanagan's employment for about one year and noted in a statement that his discrimination complaint was dismissed by a government agency and the lawsuit resolved.

Flanagan's 20-year career in journalism included stints at local news stations in San Francisco; Savannah, Georgia; and Midland, Texas, according to his LinkedIn profile. It said he also worked briefly outside of journalism as a customer service representative.

He graduated from San Francisco State University in 1995 with a degree in radio and television, the school confirmed.

According to a Facebook page believed to belong to the suspect, he was originally from Oakland, California, but most recently living in Roanoke, Virginia, where WDBJ7 broadcasts.

There, he gained a reputation as someone who was difficult to work with because of his anger, station manager Jeff Marks said during a live broadcast.

"Vester was an unhappy man," Marks said, adding that he had to be escorted out of the building by police after he was terminated from the station in 2013.

"He did not take that well," he added.