Victim unable to help cops arrest black Confederate flag thief: ‘They all look the same to me’ 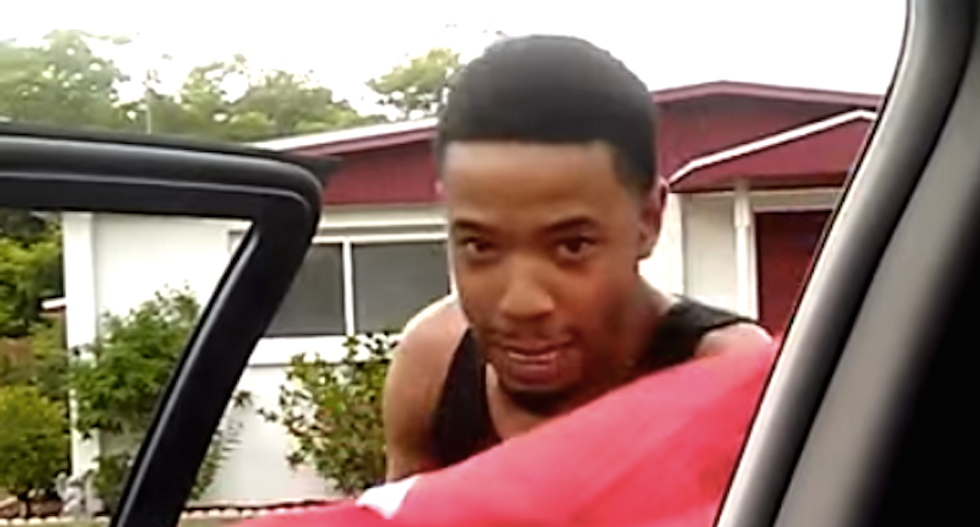 Police arrested a man accused of tearing down a Confederate outside a Florida home -- although the victim was unable to help identify the suspect because he cannot tell black people apart.

Investigators said 24-year-old Dejerrian Murray jumped up and snatched the flag from a pole July 11 outside the Bradenton home of Robin Eaker as a getaway driver recorded video and giggled, reported The Smoking Gun.

The video was posted to the Facebook page of music promoter Jamari Williams, who is friends with Murray, and the recording was widely shared on social media.

The 57-year-old Eaker did not initially report the flag, valued at $100, as stolen until he saw news reports about the viral video.

The victim complained after seeing the recording that police did not plan to file hate crime charges in the case.

An anonymous tipster identified Murray as the alleged thief, the website reported, and his cousin told police when they arrived at the suspect's home that she knew they had come because of the stolen flag.

Eaker and a relative tried to help police identify the thief by scouring William's list of Facebook friends, most of whom are black, but were unable to find him.

“They all look the same to me," Eaker said.