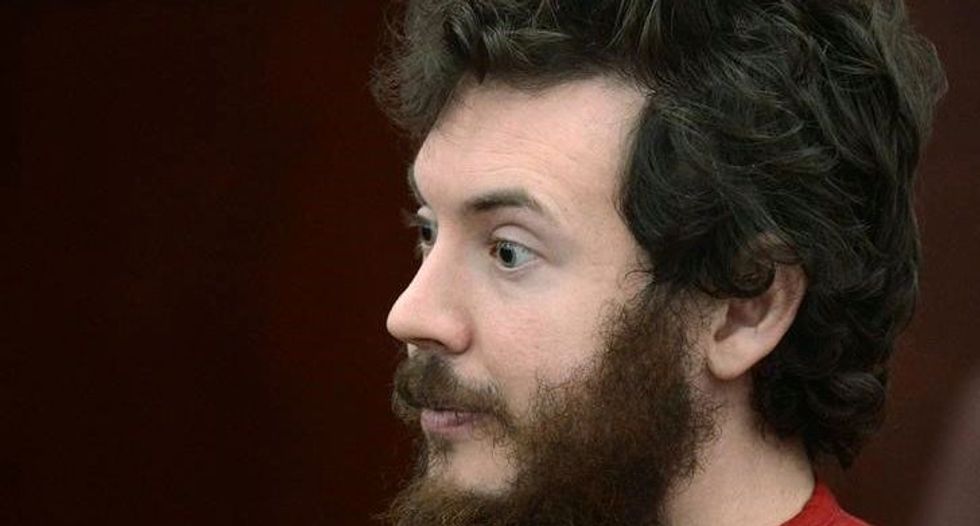 One survivor of the Colorado movie massacre demanded the gunman give a televised apology. Another victim said James Holmes should make himself available for study by scientists.

And a third said he ought to complete a PhD and do something "amazing for humanity" while he serves life in prison, or be put to death for his July 2012 rampage.

Stacie McQuinn, whose step-son Matthew was murdered, wrote in a statement that the 27-year-old mass killer should receive no visits or contact from family or friends.

"We are unable to visit our loved ones, and unable to hug them, give a kiss, hold their hand," she said in the statement, which was read by a prosecutor.

About 80 victims of Holmes' attack on a packed midnight screening of a Batman film at a Denver-area multiplex are testifying during a three-day formal sentencing hearing.

Holmes was found guilty last month of murdering 12 people and wounding 70. The jury did not reach a unanimous decision on whether he should be executed, meaning the former neuroscience graduate student received a dozen automatic life sentences.

Many of those who have spoken since the hearing began on Monday thanked the prosecutors and Arapahoe District Court Judge Carlos Samour for how they handled the months-long trial.

Arlene and Bob Holmes, who had testified that their son's schizophrenia drove his actions, hugged one of the younger victims, Jansen Young, in a corridor outside the courtroom. Young, who was sitting with someone who died, had suggested in her testimony that Holmes should allow himself to be studied by mental illness experts.

The judge did take issue on Monday with comments by one victim, Kathleen Pourciau, who said the gunman should not have been spared.

"The message is that the state of Colorado values the life of a mass murderer more than the lives of those he murdered," said Pourciau, whose daughter Bonnie Kate was wounded.

When another victim suggested a juror opposed to Holmes' execution must have concealed an anti-death penalty stance during the selection process, the judge rejected the allegation and said there was no evidence anyone on the panel had been "deceptive or did anything improper."