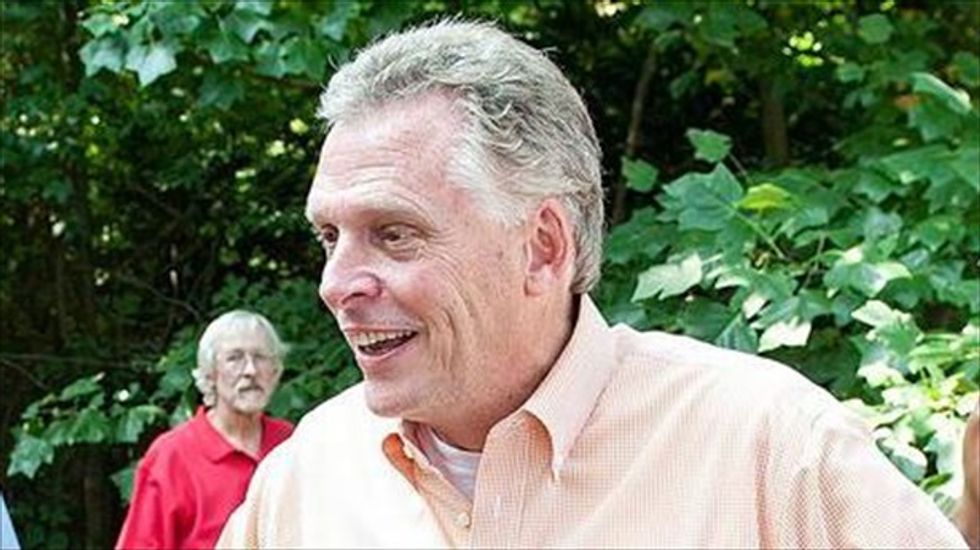 Virginia Governor Terry McAuliffe on Friday vowed to press for gun control reforms following the deaths of two television journalists by a former station employee in an on-air shooting.

The pledge by McAuliffe, a Democrat, came as more details emerged about the Wednesday shooting of the journalists at Roanoke station WDBJ7, including ammunition, letters and clothing found in the gunman's car.

Speaking after visiting the station's offices, McAuliffe said he would reintroduce legislation in the state assembly mandating background checks for gun buyers. The Republican-led legislature has rejected his gun control efforts since he took office last year.

Reporter Alison Parker and cameraman Adam Ward were slain during a live interview by disgruntled former employee Vester Flanagan, who later shot himself and died.

McAuliffe said he had spoken with Parker's father, who has said he will campaign for gun control.

It was not immediately clear how McAuliffe's proposal could have impacted Wednesday's shooting.

Citing a federal law enforcement source, USA Today said Flanagan had legally bought two Glock handguns, including the one used in the attack. He was able to pass a background check despite his apparent emotional problems, it reported.

In a fax to ABC News the day of the shooting, Flanagan, who was black, called himself a "powder keg" of anger over what he saw as racial discrimination. He was fired from WDBJ7, a CBS affiliate, in 2013.

A spokeswoman for the Roanoke medical examiner said Parker died from gunshot wounds to her head and chest and Ward was killed by shots to his head and torso.

Flanagan shot himself on a highway in northern Virginia. A search warrant showed police found a .40-caliber Glock pistol with a magazine and ammunition, 9mm ammunition, more magazines and a pistol case.

Other items included 17 stamped letters, a to-do list and briefcase with three license plates, a wig and sunglasses, the warrant said.

Police were tipped to Flanagan when he sent a text message to an unidentified friend "making reference to having done something stupid," it added.