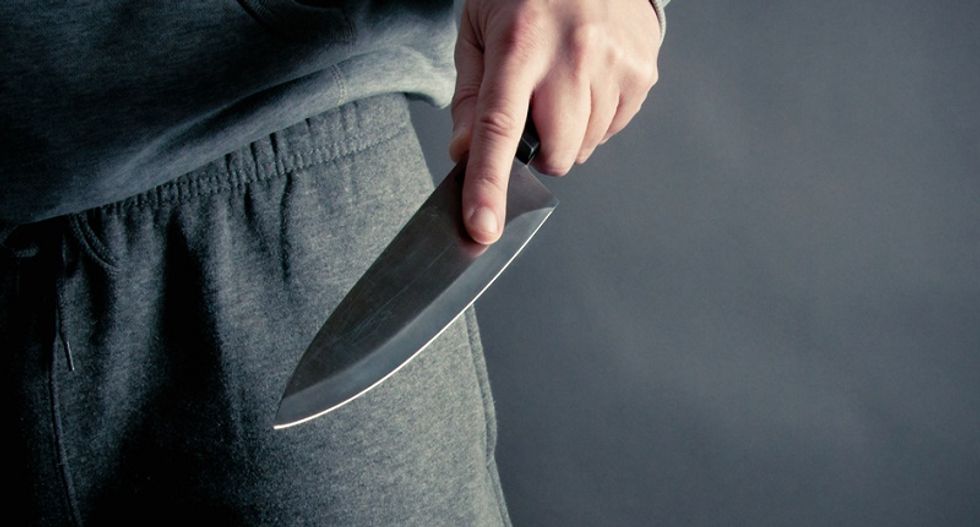 A federal hate crime charge has been filed against a man who yelled anti-gay slurs and threatened to stab three men in a Seattle neighborhood with a sizable gay community, a U.S. attorney's spokeswoman said on Thursday.

Burns, holding a knife raised over his head in a stabbing position, approached three gay men in Seattle's Capitol Hill neighborhood just after midnight on Jan. 25 and yelled homophobic slurs, said Emily Langlie, a spokeswoman for the U.S. Attorney in Western Washington.

The men ran, but Burns caught up to one of them and again used a gay slur and threatened to stab him. As the second man helped the first away, their friend found Seattle police officers, who arrested Burns, she said.

When President Barack Obama signed the Shepard/Byrd hate crimes act into law in 2009, U.S. Attorney Annette Hayes said, he said, "'no one in America should ever be afraid to walk down the street holding the hands of the person they love.'"

"It is just that sort of fear this defendant engendered with his attack," Hayes said in a statement.

While inside the police vehicle, an agitated Burns yelled out "faggots", according to the criminal complaint filed last month.

Burns was transferred from state custody for an initial appearance in U.S. District Court in Seattle. A hate crime is punishable by up to 10 years in prison and a $250,000 fine, the attorney's office said.

An attorney for Burns did not immediately respond to a request for comment.